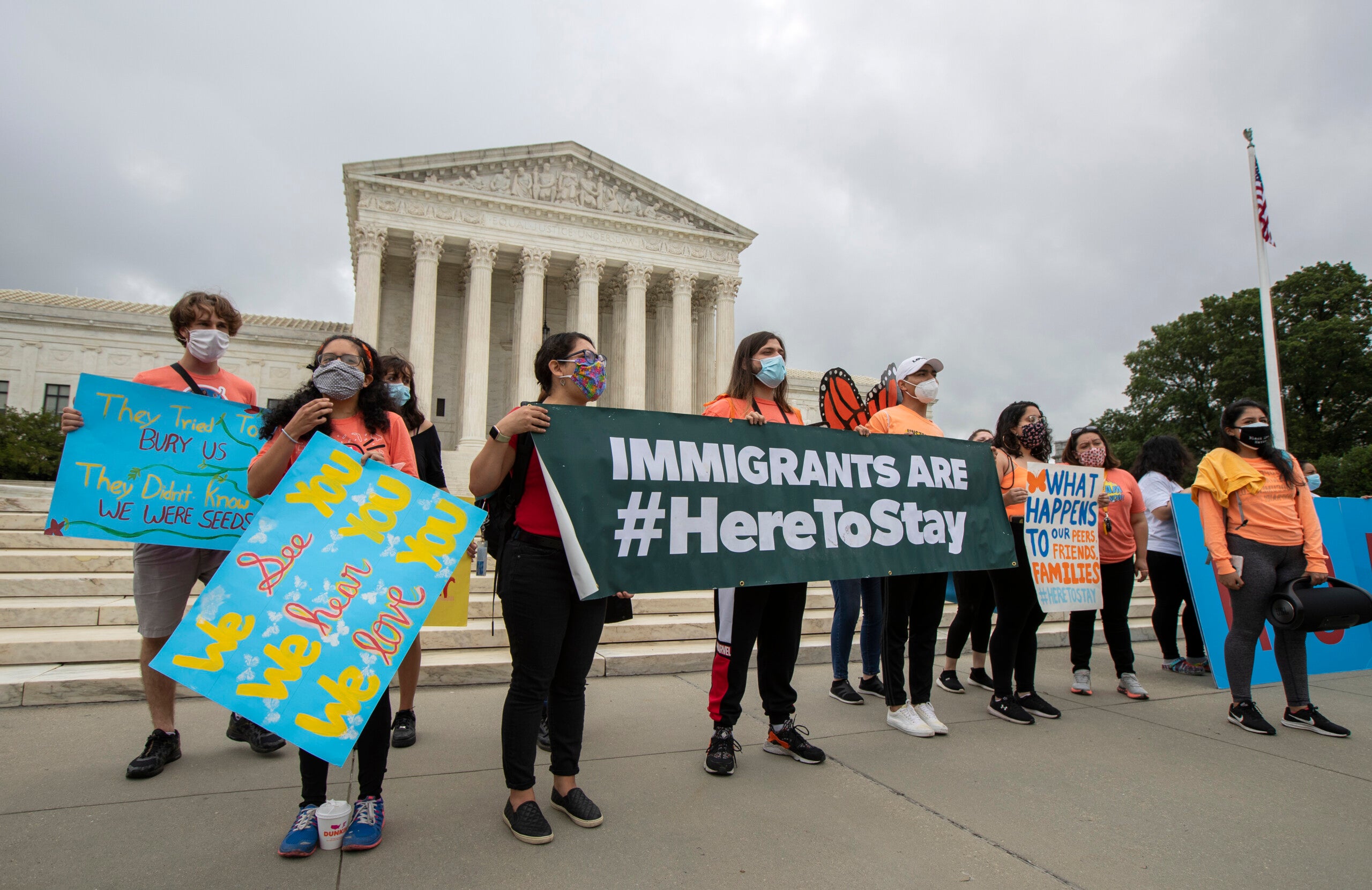 (CNN) — The Trump administration will not accept new applications for the Obama-era program that shields from deportation certain undocumented immigrants who came to the US as children and will limit renewals to one year instead of two while it reviews the program, the Department of Homeland Security said Tuesday.

The announcement, which comes more than a month after the Supreme Court blocked President Donald Trump’s attempt to end the Deferred Action for Childhood Arrivals program, seems intended to buy time while the administration decides its next steps.

Trump has repeatedly railed against DACA as part of his anti-immigration agenda but three years into his administration has been unable to end the program as promised following a series of lawsuits. The latest attempt to place limits on the program in the run-up to the 2020 election is likely to fuel uncertainty in the lives of thousands of immigrants who are beneficiaries of the program or planned to apply for it.

Trump claimed at a news briefing that he’s going to “going to work with a lot of people on DACA,” when asked about Tuesday’s announcement.

“We are going to make DACA happy and the DACA people and representatives happy and we’re also going to end up with a fantastic merit-based immigration system,” Trump said.

But the decision outlined by the administration Tuesday would place limits on people already in the program and exclude those who may be eligible but have not yet applied.

The move is certain to face legal challenges. A federal judge had said earlier this month that the administration must begin to accept new applications for DACA.

“The administration is now undertaking a comprehensive review of the DACA program and the justifications that have been offered for winding DACA down, including its illegality and the negative effects the program has on what I call ‘immigration behavior,’ including smuggling and illegal crossings,” a senior administration official told reporters.

The White House arranged a phone briefing with reporters under the condition the official be granted anonymity.

“When the administration next acts on DACA, it will be the basis of the comprehensive review of the substantive legal and legal policy justifications offered for winding down the program,” the official added.

In the meantime, the administration will reject all initial requests and application fees for new filings “without prejudice” to future applications.

The administration will adjudicate all applications for renewal on a “case-by-case basis” consistent with immigration law, but will provide renewals for one year, rather than the current two years. And all applications for advanced parole “will be rejected absent extraordinary circumstances”

In a 5-4 ruling in June, the Supreme Court blocked the Trump administration’s attempt to terminate DACA, a program established in 2012 that protects undocumented immigrants who came to the US as children from deportation and allows them to work in the US.

The delay has since left thousands of immigrants who are eligible for the program in limbo and has sparked outrage among lawyers who allege the government is defying court orders.

Acting Homeland Security Secretary Chad Wolf detailed the changes in a memo released Tuesday. It’s the third memo the Trump administration has issued in an attempt to rescind the program, though Wolf stopped short of terminating it altogether for now.

“I have concluded that the DACA policy, at a minimum, presents serious policy concerns that may warrant its full rescission,” Wolf wrote, adding that the onus remains on Congress to act.

Wolf justified the decision to reject new applicants by arguing that any reasons to keep the program are “significantly lessened, if not entirely lacking” with regard to people not already enrolled.

At a hearing in Maryland last Friday, Justice Department attorney Stephen Pezzi acknowledged a “regrettable lack of clarity” on the US government website regarding the current status of the program.

Pezzi said at the time that new applications are being held — not rejected — while the policy is being considered and that the Justice Department is unable to “get ahead” of the Department of Homeland Security.

DACA-eligible immigrants have been waiting in the wings for the go-ahead to apply after the Supreme Court ruling and related ruling from Maryland.

Arlette Morales sent in her DACA application weeks ago. “I have a lot of hope that they’ll accept it … but I also have to be careful, because they might not,” she told CNN. “It’s really hard. It’s really unpredictable.”

Congress is the only body that can provide a permanent solution for DACA recipients through legislation. Last year, the House of Representatives introduced and passed the “Dream and Promise Act” that would, in part, provide a pathway to citizenship for beneficiaries of the DACA program. The Senate has not taken it up.

For years, Democratic and Republican lawmakers have tried — and failed — to pass legislation addressing this slice of the undocumented population.

In 2001, Sens. Orrin Hatch, a Republican from Utah, and Dick Durbin, a Democrat from Illinois, introduced the “Development, Relief, and Education for Alien Minors Act,” also known as the DREAM Act. It sought to provide young undocumented immigrants a pathway to legal status and earned the group of undocumented immigrants brought to the US as children the moniker “Dreamers.”

Since then, there have been several iterations of the measure that — while different to some degree — seek to put the group on a path toward legal status. But the give-and-take between Democrats and Republicans over “Dreamers” has made it difficult to achieve a bipartisan compromise.

This story has been updated with comments from President Donald Trump.