Prosecutor: Cop shooting woman a tragedy ‘of his own making’ 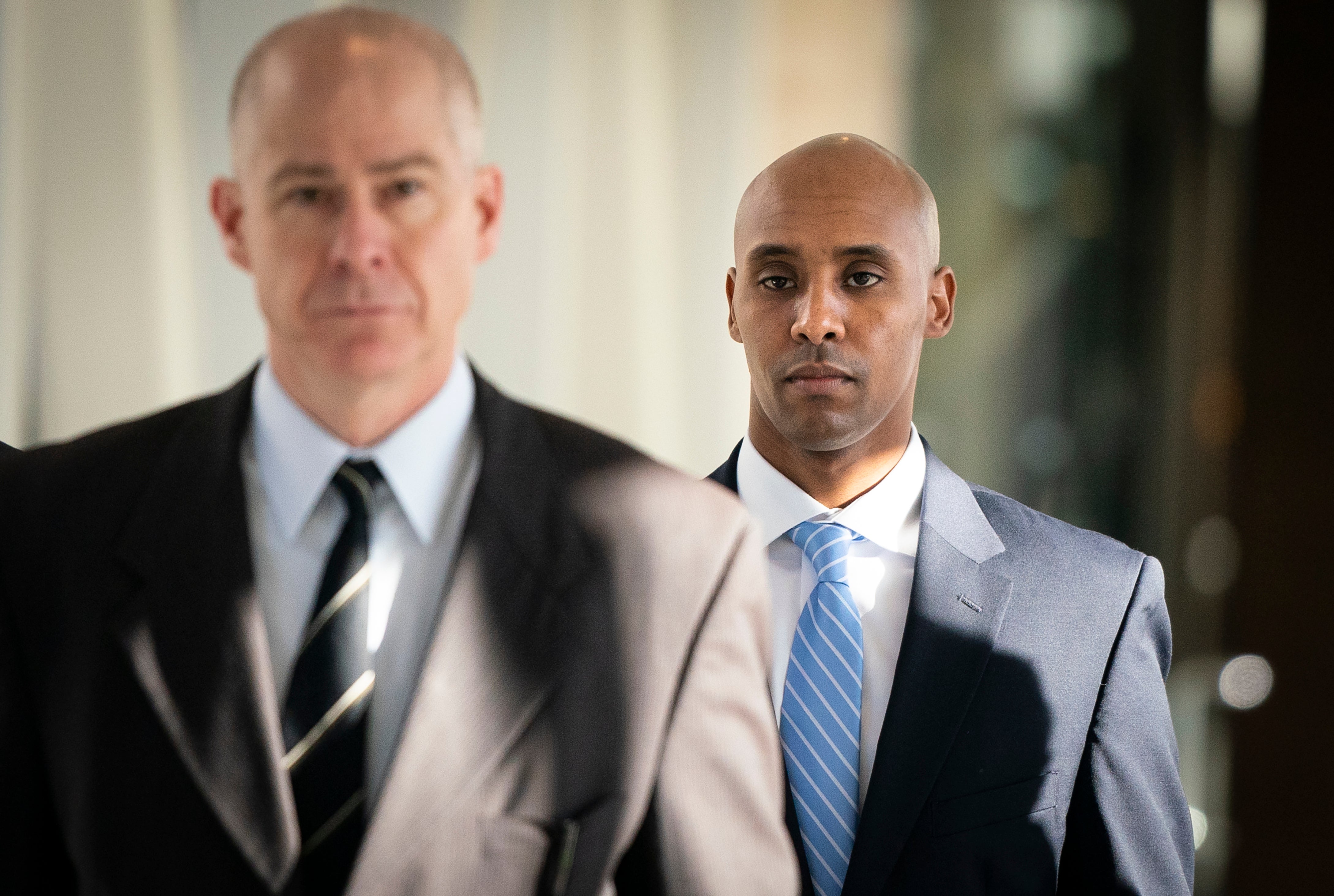 MINNEAPOLIS (AP) — A Minneapolis police officer who shot and killed an unarmed woman who approached his squad car minutes after calling 911 had no legitimate reason to use deadly force, a prosecutor argued Monday.

Mohamed Noor’s decision to shoot Justine Ruszczyk Damond in July 2017 was “a tragic event of his own making,” prosecutor Amy Sweasy argued Monday.

Noor is on trial for murder and manslaughter in the death of Damond, a dual citizen of the U.S. and Australia who had called 911 to report a possible rape in the alley behind her home.

As the trial entered its fifth week, Sweasy used her closing argument to again question a key claim by Noor that he and his partner had been startled by a loud noise and feared an ambush just before Noor shot Damond.

Sweasy reminded jurors of the chaotic aftermath of the shooting, with responding officers trying to figure out what had happened. She said that’s when the loud bang emerged, calling it a theory that took on a life of its own.

She noted that neither Noor nor partner Matthew Harrity mentioned it at the scene, with Harrity first talking about it three days later in an interview with a state investigator, and pointed out that Damond’s fingerprints were not found on the squad car.

“There is no conclusive proof she ever touched that car,” Sweasy said.

She also sought to knock down Noor’s testimony that he saw fear in Harrity’s eyes as Damond appeared at the window, that Harrity said “Oh Jesus!” and that Harrity was struggling to pull his gun when Noor fired.

“Whatever Harrity said or did, it was not a command for the defendant to shoot and kill Ms. Ruszczyk,” Sweasy said.

Defense attorneys were giving their closing argument later Monday. The jury is to be sequestered once it gets the case.

Noor testified last week that he was in the passenger seat when he heard a loud bang on the driver’s side, then his partner, Matthew Harrity, yelled and tried to pull his gun. Noor said he then saw a woman raise her arm outside Harrity’s window and fired to save Harrity’s life.

Noor’s attorneys have argued he was justified in using deadly force. Prosecutors say he acted unreasonably because he saw neither a weapon nor Damond’s hands. They also have questioned whether the supposed bang on the squad car was invented.

Judge Kathyrn Quaintance told jurors that officers may use deadly force only if necessary to protect themselves or others from great bodily harm. She said jurors must consider what a reasonable officer in the same situation would do without the benefit of hindsight.

She stressed that jurors should consider only the facts that were known to the officer at the moment of shooting.

The death of Damond, 40, a life coach who was engaged to be married a month after the shooting, sparked outrage in both the U.S. and Australia, cost Minneapolis’ police chief her job and contributed to the electoral defeat of the city’s mayor a few months later.

His hiring two years before the shooting was celebrated by Minneapolis leaders as a sign of a diversifying police force in a city with a large population of Somali immigrants.

He was fired after being charged.

Neither officer had a body camera running when Damond was shot, something Harrity blamed on what he called a vague policy that didn’t require it. The department toughened the policy after Damond’s death to require that the cameras be turned on when responding to a call.