Report: Midwest could have more startups than Silicon Valley in five years 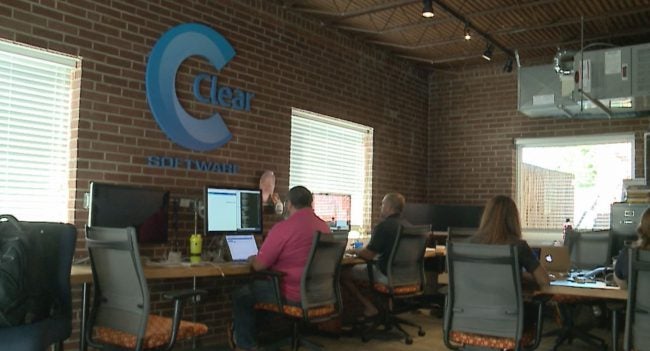 INDIANAPOLIS (WISH) —  A new report suggests in five years, the Midwest could be home to more startups than Silicon Valley.

A partner at Drive Capital in Columbus, Ohio wrote an article for Venture Beat, saying he invested in companies in Silicon Valley, but changed his focus to the Midwest once he realized the area’s potential.

24-Hour News 8 took the article to a local entrepreneur and a strategy and entrepreneurship professor at the IU Kelley School of Business in Indianapolis.

Jon Gilman is the founder and CEO of Clear Software. Gilman moved his company from Chicago to Zionsville in 2014.

“We’ve had far more success here than we had in Chicago,” said Gilman.

In Zionsville, Gilman found what he needed to grow Clear Software and land $1.5 million in funding. Clear Software simplifies business platforms to make them easier for employees to understand.

“I was a software developer…implementing some of these big, giant complicated confusing business applications. I started doing training on some of the Fortune 500 [companies] and started hearing a lot of complaints about the software and [I was] hearing the same complaints over and over again,” said Gilman, “That’s when a light when off and I thought, ‘we can make this work like Facebook, we can make it work like Google’, so you don’t have to take a training class. You can have a simplified experience that allows you to be more productive.”

“That kind of stuff didn’t exist up in Chicago. It was too big and people didn’t really have time to talk to different entrepreneurs,” said Gilman.

“What’s great about Indy and the Midwest, in general, is that it graduates more computer science graduates in the world, not just the US but in the world,” said Gilman.

“You have momentum, you have good people and you have lower costs. You have attention to fundamentals and doing the hard work it takes to make a venture successful,” said Saxton.

While it would be a major milestone if the Midwest overtook Silicon Valley to become home to the most startups, Saxton said it’s not all about the numbers.

Saxton said it’s also important for people not to focus too much on the “brain drain,” or graduates leaving the Midwest and moving to the coasts.

“If we build the wall around Indiana to try to keep all our talent here, to keep all our ventures here — we’re actually losing a lot of the benefit of the reverse, where we’re attracting folks. I’d like to see more facile and mobile exchange of those resources. Sometimes that means we’re going to lose startups to the coast, but I think we’ll eventually get them — at least the individuals —  back because I think we fundamentally do the right things here.”