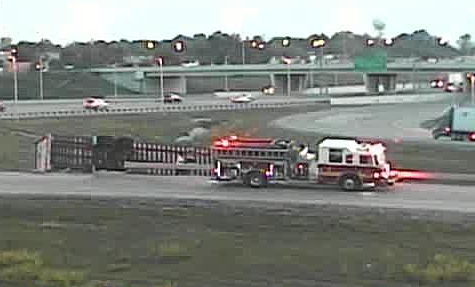 INDIANAPOLIS (WISH) — A semi overturned on I-70 on the southwest side of Indianapolis Friday evening.

The call came in just before 9 p.m., according to Indiana State Police.

The ramp from westbound I-70 to southbound I-465 that was blocked as of 11 p.m. as emergency crews responded is now open

Crews have now cleaned up the scene and traffic is moving through the area as normal.

No one was severely injured injured in the wreck. Only one minor injury was reported.

It took over an hour for crews to extricate the driver.

No other vehicles were involved in the crash.