Semi hauling barrels of liquid cheese catches fire on I-65 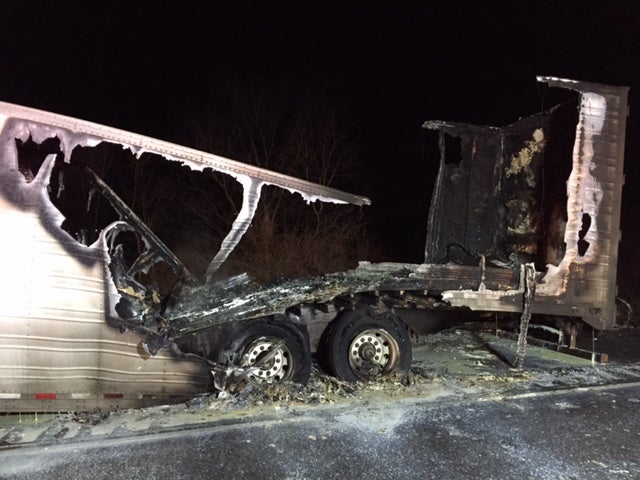 Officials say when they arrived there was heavy smoke and fire coming from the rear of the trailer. The fire started just before 8:30 p.m. inside the trailer. According to the driver, one of the wheels on the trailer blew from the heat.

The driver of the semi said he was hauling barrels of liquid cheese. He noticed smoke coming from the trailer, while he was driving along I-65, near the 77 mile marker. He was able to pull over to the side of the road and unhook the trailer from the truck to prevent further damage.

GTVFD was able to put the fire out before it reached the fuel tank.

The southbound lanes of I-65 were closed from 8:30 p.m. until 1:30 a.m. while crews cleared the trailer and cheese from the roadway.