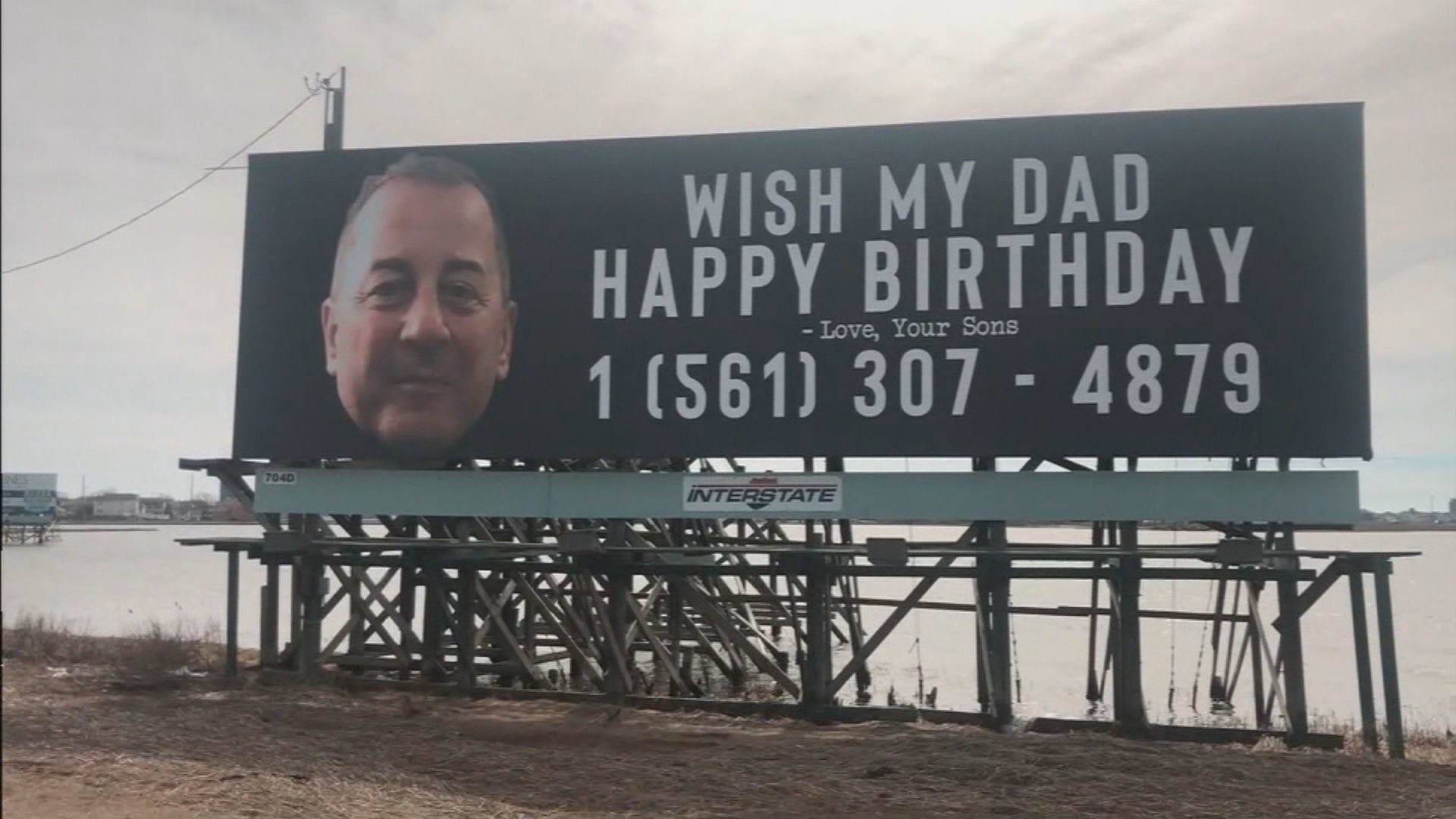 LINWOOD, N.J. (CNN) — Most people feel pretty special when someone wishes them a happy birthday.

One man in New Jersey has received more than 15,000 messages and calls, and most of them are from people he doesn’t even know.

It’s all part of a prank put together by his sons.

Ferry’s face and phone number were put on a giant billboard on a road that lead to Atlantic City casinos. It says, “WISH MY DAD HAPPY BIRTHDAY, LOVE YOUR SONS”

Chris Ferry, “I’m getting things, like, ‘My father’s birthday was the 16th,. He passed four years ago, so I’m contacting you in memory of him.'”

Ferry’s sons, Chris and Mike, live in Florida, and paid for the billboard. It’s a continuation of a childhood prank they would plan on their dad at restaurants.

Chris Ferry said, “They would always tell the waiter or waitresses that it’s my birthday, even though it wasn’t.”

Mike said they thought local friends would get a kick out of the prank, and they did, but so have many others around the world.

Chris Ferry, “It was fun until this morning then I wanted to kill them, but I’m going with it. I’m having a good time. Most of the messages have been … well, two or three that were not nice.”

Mike Ferry said he not is waiting for his father to prank him and his brother. Mike Ferry said, “I just want to say I love my dad. He always puts other people first, especially me and my brother.”

The billboard will be up through April 6.