Speed likely cause of single-vehicle Johnson Co. crash that injured 2 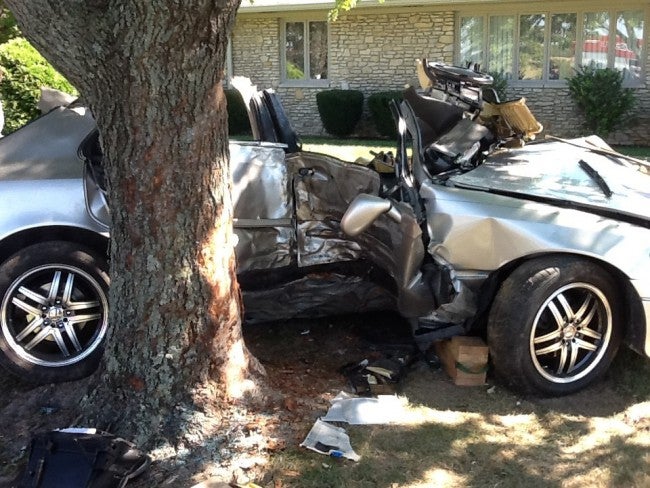 JOHNSON COUNTY, Ind. (WISH) — One person was airlifted to the hospital after a single-vehicle crash Thursday morning in Johnson County, according to the Johnson County Sheriff’s Office.

Emergency crews responded to Centerline Road at Maple Drive, in the Whiteland area, around 10:30 a.m.

Investigators say the 19-year-old male driver struck a telephone pole and then hit a tree in the front yard of a home.

He told officials that he was driving around 80 miles per hour, around double the speed limit.

The driver was able to exit the vehicle on his own and was taken to IU Health Methodist Hospital.

The male passenger had to be extricated from the vehicle. “It took the Bargersville Fire Department some time to cut the passenger out,” a media release stated.

He was eventually airlifted to IU Methodist Hospital in unknown condition.

Speed is believed to have been a factor in the crash, according to the sheriff’s office.