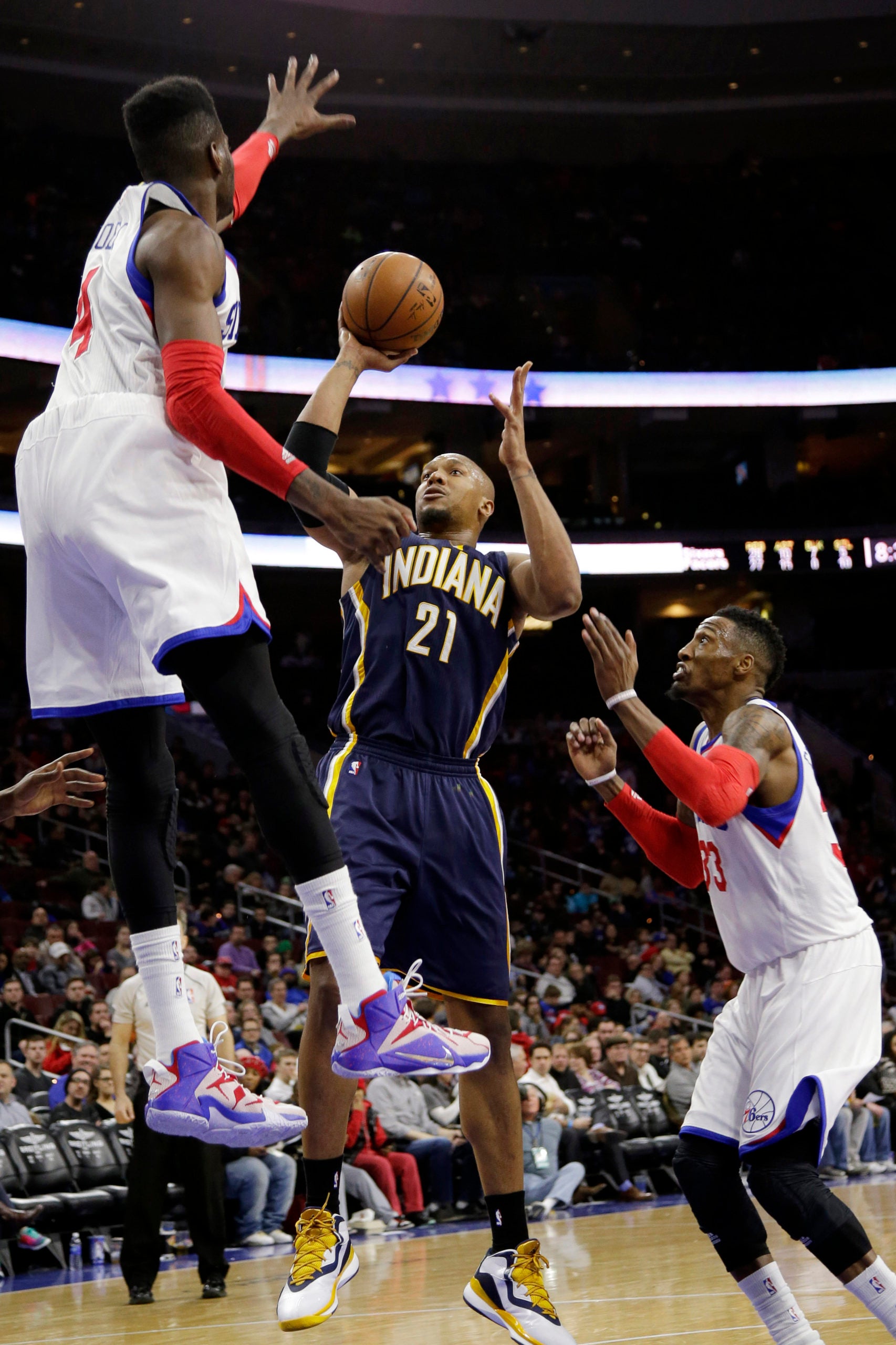 PHILADELPHIA (AP) – Rodney Stuckey scored a season-high 30 points off the bench, C.J. Miles added 17 and the Indiana Pacers picked up right where they left off before the All-Star break with a 106-95 win over the Philadelphia 76ers on Friday night.

Luis Scola added 16 points for the Pacers, who have won five of six.

Stuckey shot 10 for 16 from the field and 8 for 8 at the free throw line, but his night came to an early end when he landed awkwardly on his left ankle with less than four minutes remaining. The eighth-year guard was grimacing in pain and had to be helped off the floor.

Luc Mbah a Moute and Jerami Grant led the Sixers with 16 points apiece. Nerlens Noel finished just shy of a triple-double with 12 points, nine rebounds and a career-high nine blocks.

Five of Noel’s blocks came in the first quarter, which matched a Wells Fargo Center record for most in a period. His nine total blocks also were an arena record.

The Sixers had a much different look than 11 days ago when they played their previous game.

McGee, an oft-injured center who was traded by the Nuggets so they could unload salary, played 11 minutes and scored his only two points on a huge, one-handed dunk in the fourth quarter.

Canaan wasn’t available, leaving Tim Frazier – who was signed to his second 10-day contract earlier in the day – to run the point. Frazier finished with 13 points and seven assists.

In perhaps the most surprising lineup move, 34-year-old guard Jason Richardson logged his first NBA minutes in more than two years. The 13-year NBA veteran, who had been on the mend from serious knee surgery to repair a hole in his cartilage, started in Philadelphia’s depleted backcourt and had seven points and seven rebounds in 18 minutes.

Stuckey took over in the second half, going on a personal 10-0 run to push the Pacers to an 85-61 lead with 2 minutes left in the third quarter. The Sixers made a small fourth-quarter charge but never sliced Indiana’s lead to single digits.

Pacers: Paul George, Indiana’s injured star, tweeted photos of his teammates wearing hoodies, sweatpants and winter hats during their morning shootaround. The temperature in Philadelphia was in the teens all day but the Wells Fargo Center tweeted to multiple outlets that the arena had no heater issues. . Indiana missed eight straight field goals from 10:20 to 6:40 in the first quarter.

76ers: Head coach Brett Brown is excited to get Canaan into the mix. Before the game, he said the second-year point guard “can score the ball and has a body like Jameer Nelson.” . Franklin, the Sixers’ mascot, made his game day debut. The furry dog was unveiled at the Franklin Institute science museum last week.