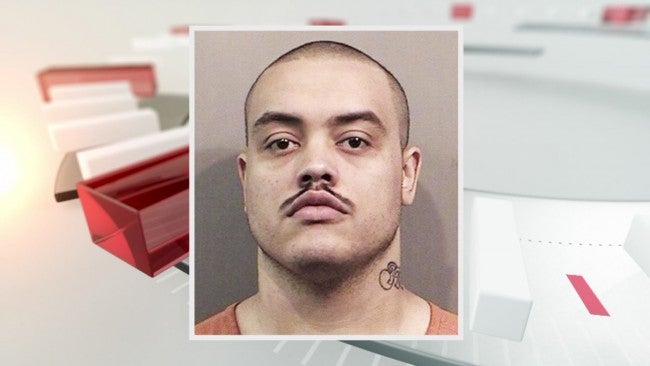 FRANKLIN, Ind. (WISH) — Authorities say an intravenous drug user, who admitted to having AIDS, was bleeding heavily when he was arrested Wednesday night at the Hilltop Motel in Franklin.

Police say they were called out to the motel, where people commonly live, after the suspect, Christopher McFarland, hit a woman in the face and then punched through a window and fled.

When officers arrived they were able to track down McFarland behind the motel. They say he was bleeding profusely.

“Unfortunately, the arresting officer got blood on him. When the suspect was asked if he has AIDS or any other medical issues, he indicated that he had not. However, when the ambulance was transporting him to the hospital, he indicated to the medic that he did in fact have AIDS,” said Johnson County Sheriff Doug Cox.

Authorities said the officer had a cut on his arm.

Cox says the officer is a reserve officer, who works on a volunteer basis without receiving pay. Police look at this as yet another danger to their jobs.

“When I first started, the holsters were heavy then. But now, you have tasers, batons… we probably carry 20 to 25 pounds around our waist,” said Cox.

Add first aid kit to that, too. But it’s not just any first aid kit. It’s designed to help prevent the spread of communicable diseases like HIV and AIDS or hepatitis. It’s filled with things like rubber gloves and mouthpieces for administering CPR, so that officers aren’t coming in contact with bodily fluids. The kit also contains a hazardous material bag.

Unfortunately, depending on the situation, the kit doesn’t always help.

“We in law enforcement know that when you are dealing with blood or being spit on or other bodily fluids that you have to be careful,” said Cox.

Authorities say McFarland was tested for HIV and AIDS, however, he is not cooperating. They are working with prosecutors and expect to have results by Friday. The officer was also tested.

McFarland was charged for battery, an out of county warrant and false information or report because, according to police, he did not accurately identify himself. Authorities say if he does have HIV or AIDS, and he intentionally got blood on the officer, he will face criminal charges for it.

Management at the Hilltop Motel says McFarland is not a resident. They are adding extra security, including surveillance cameras.