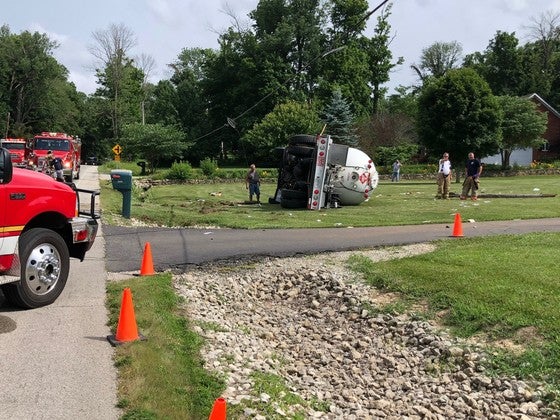 CONNERSVILLE, Ind. (WISH) – A tanker driver was airlifted to an Indianapolis hospital after a red sport-utility vehicle going around a vehicle in a “no passing” zone and forced him to drive off the road, police said.

Indiana State Police as a result were searching for a red sport-utility vehicle, said a news release.

The crash occurred about 4:30 p.m. Monday south of Wellsview Road on State Road 1. That’s about a mile south of Connersville. The crash closed the road in both directions for more than an hour.

Vernon Lee Brown, 60, of Connersville, was northbound going down a hill when the SUV driven by an unidentified female, began passing another vehicle going up the hill. To avoid a head-on collision with the SUV, Brown drove his tanker truck off the right side of the road and lost control.

Police said the tanker then traveled back across the road going off the west side of State Road 1 where it struck a utility pole before rolling onto its side.

Witnesses to the crash or people with information about it can call Trooper Josh Bayly of the Indiana State Police at 765-778-2121. Tips can be made and kept anonymous.