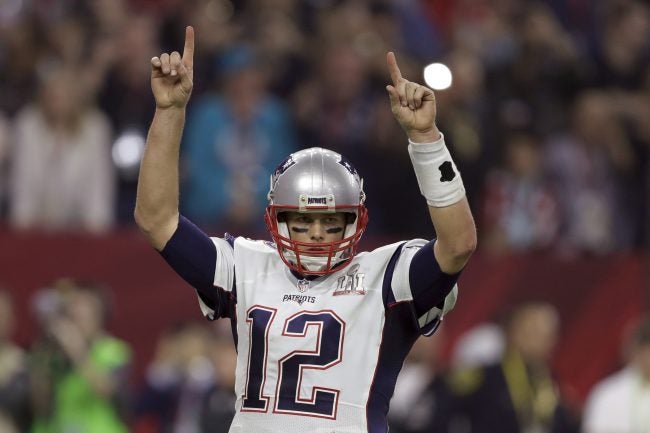 HOUSTON, Tx. (KXAN) – The Texas Rangers are stepping in to help find Tom Brady’s missing jersey, which he wore during Super Bowl LI in Houston. Brady says the jersey disappeared from the New England Patriots locker room after the game.

“I put it in my bag and I came out and it wasn’t there anymore,” Brady said during a news conference. “It’s unfortunate, because that’s a nice piece of memorabilia.” Brady joked that he expects to see it show up in an online auction.

On Monday, Texas Lt. Gov. Dan Patrick said he asked the state’s investigators to help the Houston Police Department with the investigation.

Even though his jersey is missing, Brady still has his fifth Super Bowl ring and his fourth MVP trophy. The Patriots claimed victory over Atlanta 34-28 in overtime.