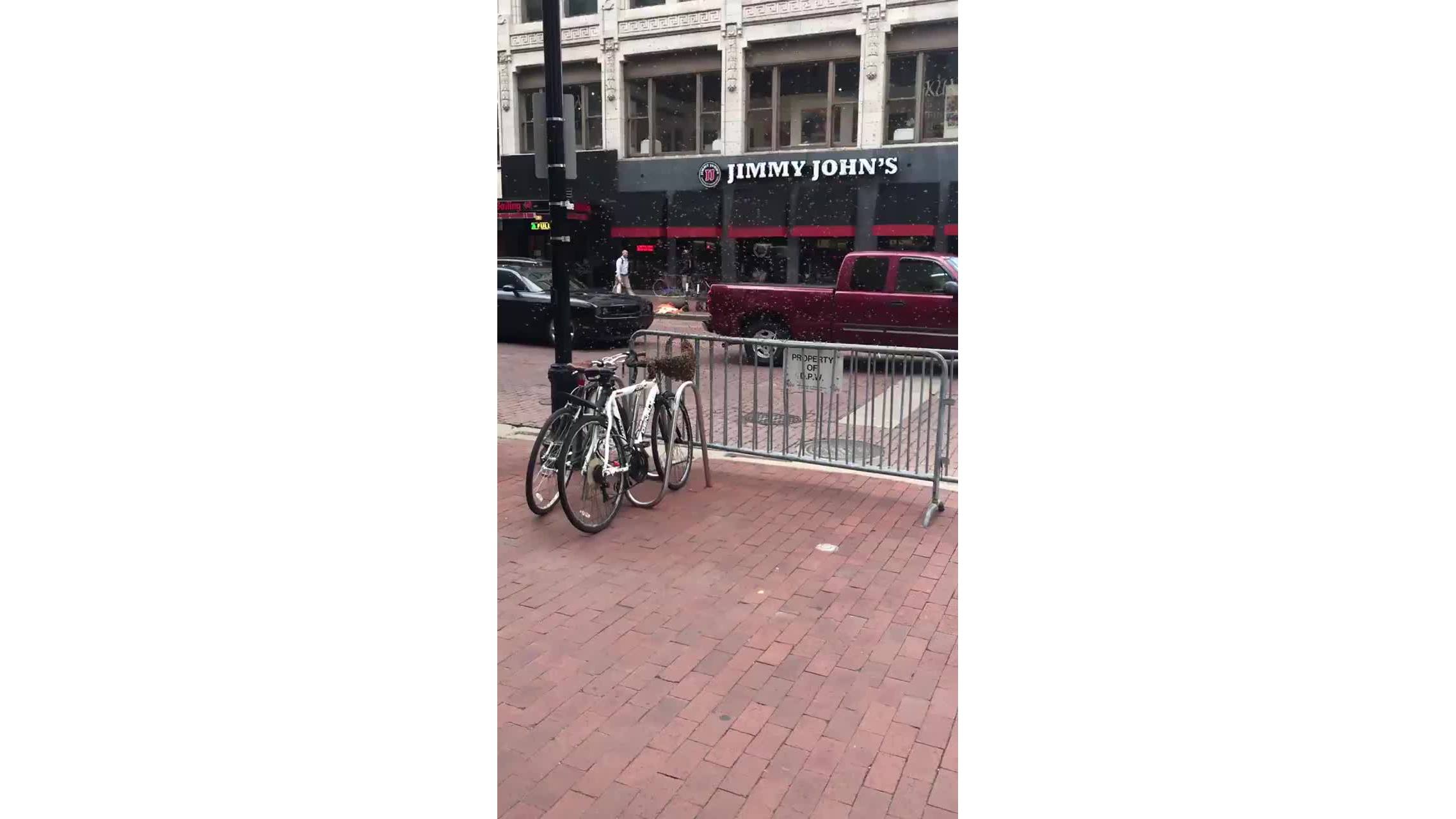 Jennifer Harris posted a video of thousands of bees swarming a bicycle that was parked near a downtown street Thursday afternoon.

The video was taken near Monument Circle around 4:30 p.m.

Harris said Jerry Zimmermann with Zee’s Bees came to the area and collected the insects. Zimmermann told Harris an estimated 20,000 bees were swarming the bicycle.