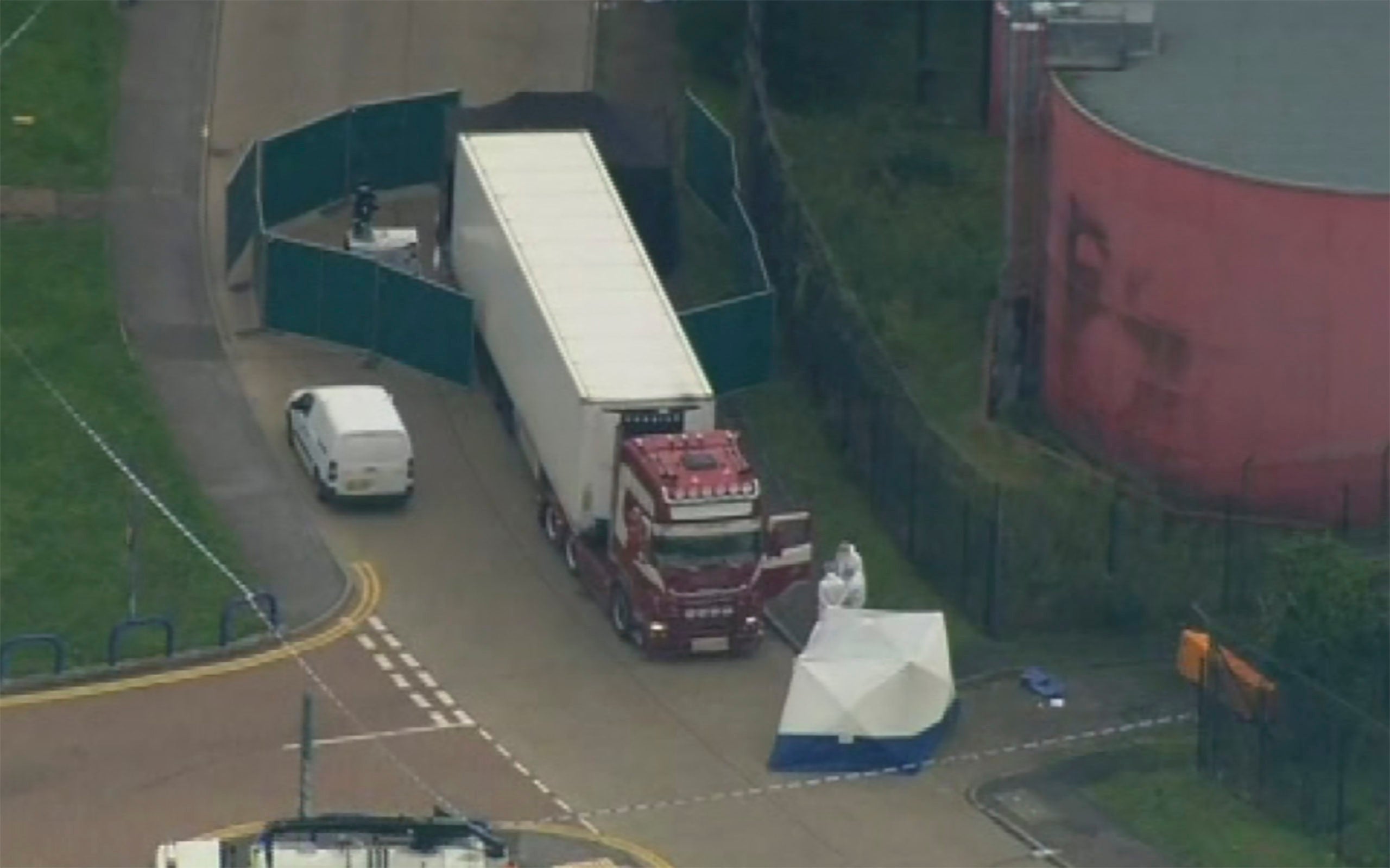 FILE - In this Oct. 23, 2019, file photo, police forensic officers attend the scene after a truck was found to contain a large number of dead bodies in Thurrock, South England. The discovery in England of the bodies of 39 people believed to be from China lays bare some crucial but sometimes overlooked facts about China's development as a rising global power that has elevated hundreds of millions of its citizens to the middle classes. (UK Pool via AP, File)
by:
Posted: Oct 27, 2019 / 11:37 AM EST / Updated: Oct 27, 2019 / 11:37 AM EST

LONDON (AP) — UK police have charged a truck driver with 39 counts of manslaughter and conspiracy to traffic people in connection with 39 deaths in the back of the truck he was driving in southeastern England.

Police say Maurice Robinson, 25, of Craigavon, Northern Ireland is due to appear at Chelmsford Magistrates Court on Monday. He was the first of those arrested to be charged in what is seen as one of the U.K.’s biggest cases of people smuggling.

Four others have been arrested in the case. U.K. police are struggling to identify the victims, who are believed to have come from Asia, and autopsies are being performed. The Vietnamese Embassy in London has set up a hotline for families to call about missing family members.