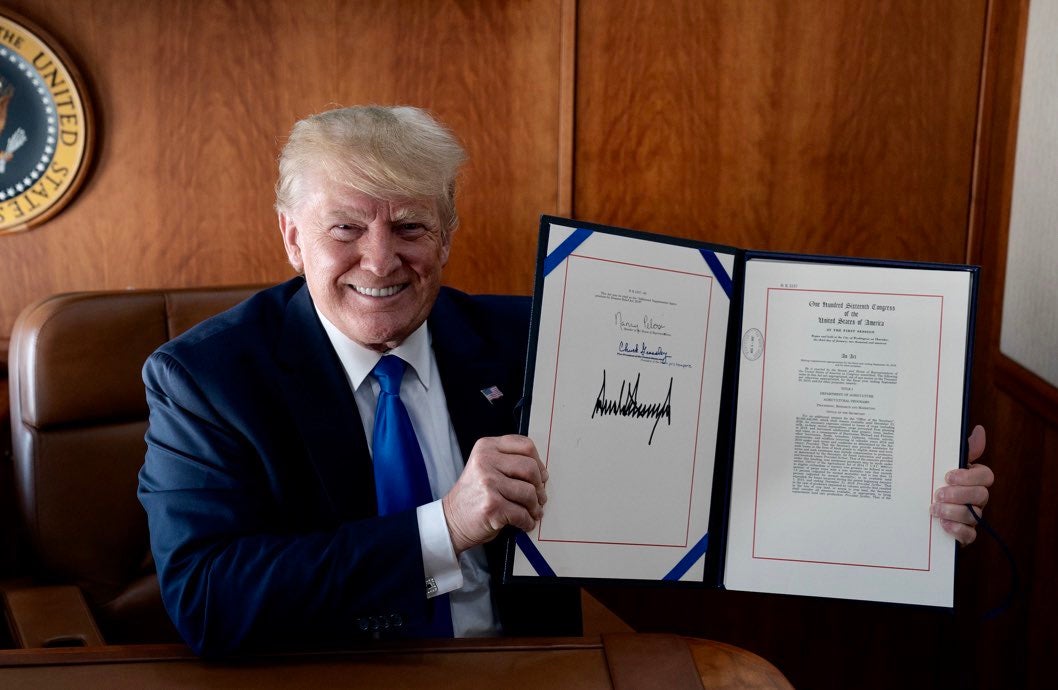 Trump tweeted a photo of himself holding the signed bill in what appeared to his office aboard Air Force One. The tweet came shortly after Trump landed in Ireland following a ceremony in France commemorating the D-Day invasion.

Trump says the aid, which will benefit states including Georgia and Florida, is: “So important for our GREAT American farmers and ranchers.”

The bill languished for months amid disputes over Trump’s demand for border funding, as well as additional aid for Puerto Rico, which Trump opposed.

Trump nonetheless tweeted the U.S. territory “should love President Trump,” claiming that, “Without me, they would have been shut out!”

“Congress provided much needed resources to assist farmers, ranchers and producers dealing with extensive damage to their operations caused by natural disasters. President Trump is committed to helping America’s farmers get back on their feet following recent natural disasters. I thank him for his leadership and I thank the members of Congress from Georgia, Florida and the Carolinas who fought so hard to make sure this bill passed. We look forward to implementing this disaster aid package in a fair way and working with state leadership to identify where the true losses and needs are to best serve our fellow Americans in need of a helping hand.”