Veteran haunted by guilt of spraying Agent Orange on airbase 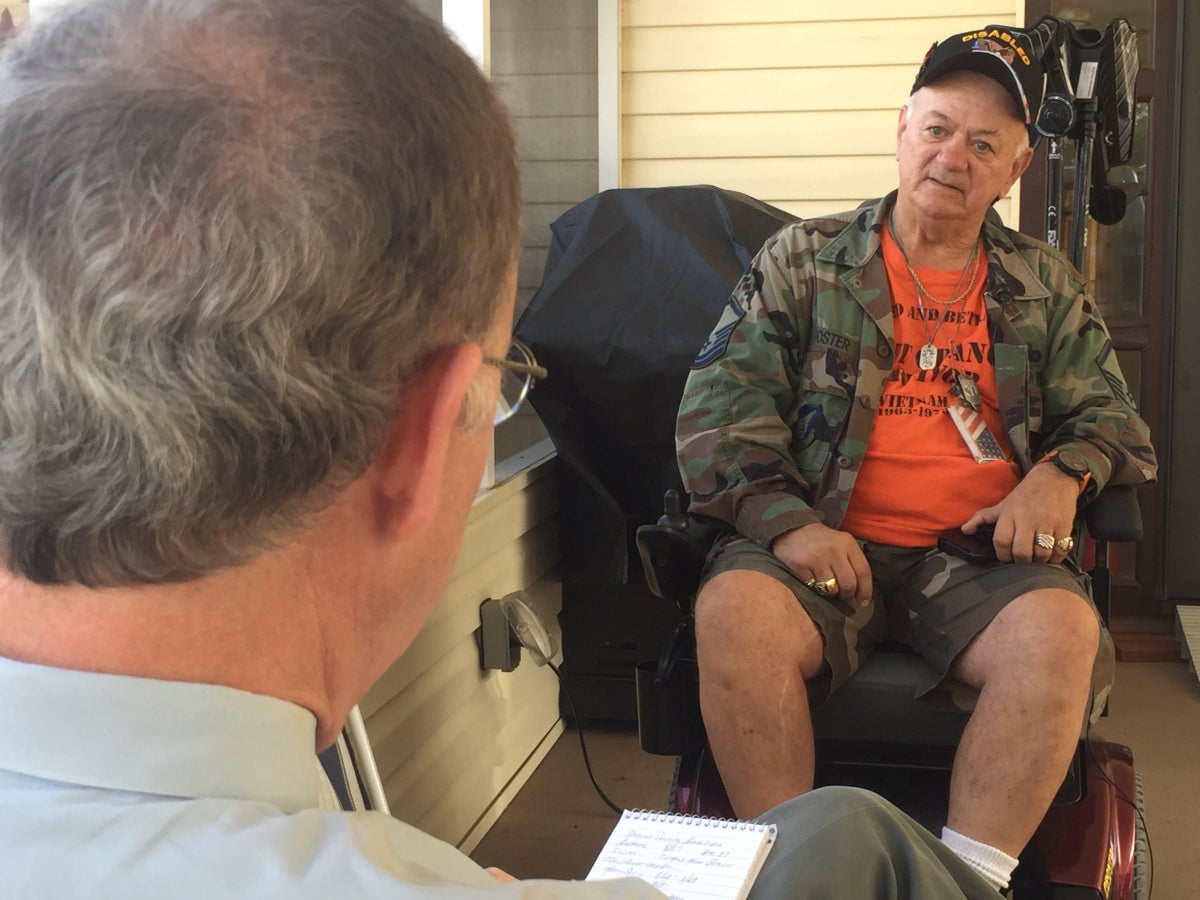 LAKELAND, Fla. (WFLA) – A Lakeland, Florida veteran, who is sick with multiple cancers and auto-immune diseases, claims he sprayed hundreds of thousands of gallons of Agent Orange on an U.S. airbase in Guam.

Leroy Foster, 68, said he sprayed the toxic defoliant while he was stationed at Andersen Air Force base in the 1960s and 1970s. Foster said he bears enormous guilt for exposing other veterans and their families to the herbicide.

The Department of Defense has argued Agent Orange was sprayed on the jungles of Vietnam and the perimeter of bases in Thailand.

Foster says he has unfinished business: getting the truth out. In the 60s and 70s, Andersen Air Force base in Guam, housed, fueled and armed B-52 bombers for missions over Vietnam. Foster’s assignment at Andersen was vegetation control.

“Í’m the guy who that was spraying everywhere,” he said.

According to Foster, he sprayed Agent Orange along the flight line, sidewalks, fences, fuel tank farms and barracks, exposing Air Force personnel and their families to it.

“I was spraying two and three trailer fulls a day,” added Foster.

He thought nothing of it.

“They told me that I could brush my teeth in it, wouldn’t hurt anybody,” he said.

Now he knows Agent Orange is linked to several cancers, heart disease, diabetes and more. “I’ve got 33 diseases, I had 28 until all the cancers started popping up,” Foster explained.

Agent Orange also causes deformities. According to Foster, his own grandchild was born with 24 fingers and toes.

The Department of Defense insists it did not use Agent Orange in Guam. Target 8 found a 2004 report to investors of Dow Chemical, the company that manufactured Agent Orange, that contradicts government claims.

Soldiers stationed on Guam who handled Agent Orange have become ill and symptoms of TCDD (dioxins) are apparent in the general population of the island as well.”

“I was spraying the most deadliest substance on earth and I am responsible for it,” Foster said.

Agent Orange has sickened and killed countless servicemen and their dependents who lived on base.

“I feel terrible guilt, there’s all these children I’ve hurt, and all the unborn children that died and didn’t have a chance to live,” he said.

The message Leroy Foster wants to convey to the government: just tell the truth.

“Our veterans, they gave their lives to our country, they don’t deserve to be lied to. If you don’t want to pay for compensation, don’t. But don’t lie to us, did we lie to you?” he said.