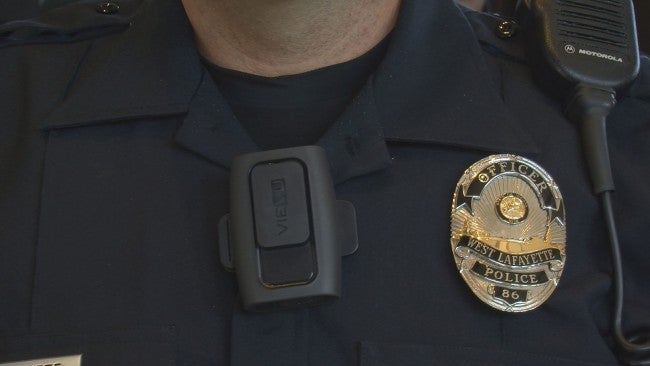 WEST LAFAYETTE, Ind. (WLFI) – It’s been one year since the West Lafayette Police Department started using body cameras, and police say the investment is paying off.

West Lafayette police said the small devices are making a big impact on the department, and they’ve got the numbers to prove it.

Since the body cameras were implemented one year ago, Dombkowski said the department has seen a significant decrease in use of force incidents.

“I think that eases things a bit and de-escalates the situation,” said Dombkowski.

In 2013, the department had 29 documented use of force incidents.

So far this year, only seven use of force incidents have occurred.

“I think our officers have come to rely on those,” said Dombkowski. “We’ve adjudicated many complaints just by pulling up the video and watching it. The camera doesn’t lie.”

“We try to give as much information as possible, but it just doesn’t do it justice like a camera view does,” said Greene.

According to Greene, the devices are especially important when prosecuting criminals.

“It’s nice to have it for documentation purposes and to be able to show the courtroom exactly what happened,” said Greene. “What we saw from our perspective.”

While the cameras can be useful in the courtroom, Dombkowski said it’s making a positive difference on the police force.

“To tell and capture that interaction from a very close proximity, from beginning to end, and to really document what happened,” said Dombkowski. “We’re better for that.”

Body cameras are becoming more and more popular in Indiana, and Dombkowski said the department has been sharing their experience with other police agencies considering cameras.

Due to the success so far, Dombkowski said West Lafayette police will continue the program.