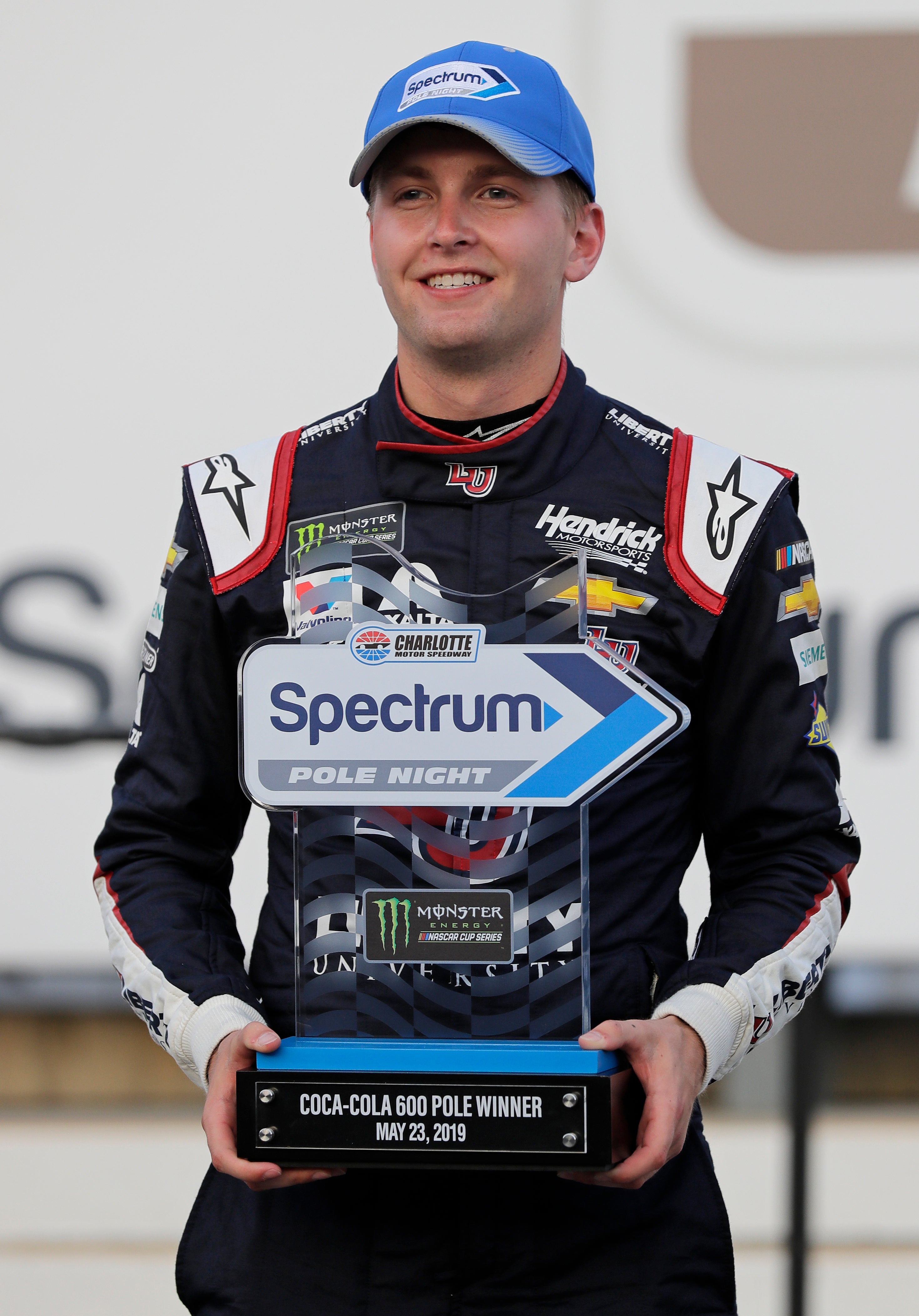 Charlotte native William Byron became the youngest driver ever to capture the pole for the Coca-Cola 600. The 21-year-old Byron, who grew up a short drive from Charlotte Motor Speedway, turned a lap of 183.424 mph in his No. 24 Chevrolet on Thursday night.

Aric Almirola will start alongside Byron on the front row in his No. 10 Ford. It is one of six Fords starting in the top 10.

“I grew up in Charlotte and I came to this race every year, so it’s a dream come true to qualify on the pole,” Byron said. “This is pretty cool. I can’t think of a better way to start the weekend.”

Byron downplayed being the youngest pole-sitter in the race, saying he doesn’t view himself as young but rather as a “race car driver like everyone else.”

Byron has six top-10 finishes in 49 career Cup Series starts, but is still looking for his first win. He’s hoping to follow in the footsteps of Kyle Busch, who won the Coca-Cola 600 last year starting from the pole. Busch will start third this year, followed by 2017 winner Austin Dillon and 2011 and 2013 champion Kevin Harvick.

At the very least, Byron is hoping things go better than they did last year in his inaugural appearance in the Coca-Cola 600. Byron struggled in 2018, qualifying 21st before finishing 39th after crashing.

“That was miserable,” Byron said.

He won’t have to deal with slower traffic this time around starting from the pole.

Byron has been qualifying well with new crew chief Chad Knaus, who is no stranger to winning at Charlotte Motor Speedway.

“That No. 1 pit stall will pay dividends later in the race for sure,” Byron said.

Kevin Harvick finally got a chance to run a qualifying lap at the Coca-Cola 600 and will start fifth on Sunday.

That’s much better than last year when Harvick never got on the track after failing pre-race inspection three times. Car chief Robert Smith was ejected, and Harvick will have to sit out the first 30 minutes of practice Saturday.

“This is the trophy you get when you win the Coca-Cola 600, but this is not the inscription you get on the trophy. This will be something I cherish forever,” said Waltrip, whose special trophy includes a nod to each of his 600-mile wins and a thank you for his contributions to NASCAR.