Woman hurt after running into vehicle 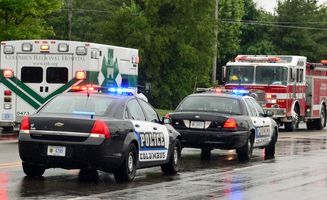 COLUMBUS, Ind. (WISH) – A woman is listed in critical condition at an Indianapolis Hospital after she ran into the passenger side of a moving vehicle while attempting to cross the road on foot.

Woods was attempting to cross the road when the accident occurred, Harris said.

The driver of the car was identified as Elizabeth Hardesty, 35, of Butlerville, who was not injured, 24-Hour News 8’s news partner The Republic reported.

Hardesty was driving a 2013 Kia Sorento in the left-hand lane when the accident happened, Harris said.

Initial reports described Woods as being unconscious in the middle of the road, but Harris said Woods was talking to police when being transported from the scene.

Police are continuing an investigation into the accident, Harris said.