‘Yoga pants parade’ planned after man’s letter to the editor 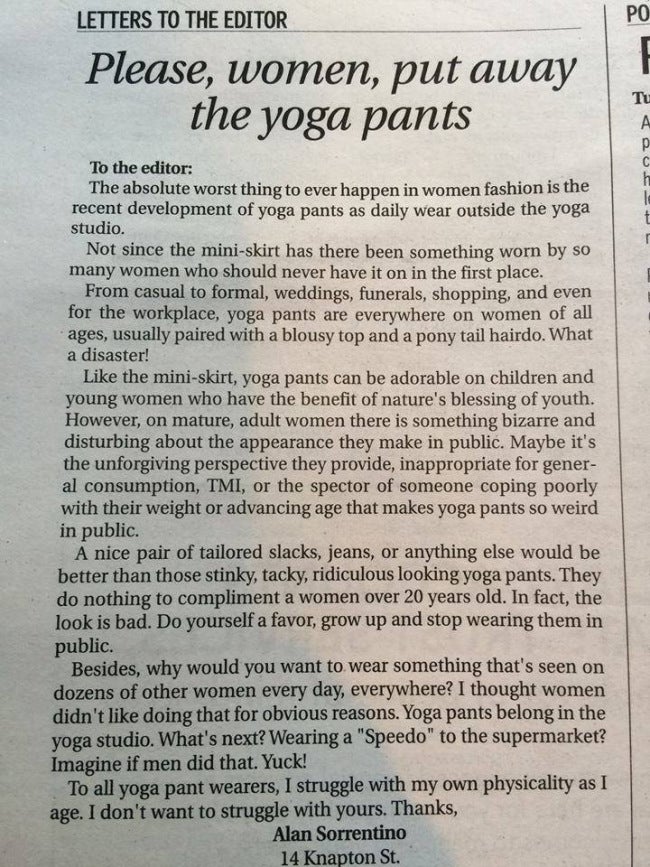 BARRINGTON, R.I. (WPRI) – In just a short amount of time, more than 100 women have made plans to wear yoga pants and march in a parade down a street in Barrington.

The parade comes in response to a Barrington Times letter to the editor written by a town man about his dislike for yoga pants.

The backlash to Barrington resident Alan Sorrentino’s letter came almost immediately, with many women taking offense and sharing their feelings on social media and the Barrington Times website.

WPRI’s news partners at The Providence Journal spoke to the woman who organized the event and she said she was half-joking when she first mentioned a parade.

“As a joke, I said I have extra pairs everyone can borrow. Let’s go have a parade,” Erin Johnson said in an interview with the Journal. “I thought it would be funny if everyone went and protested in yoga pants, everyone over 20.”

The “Yoga Pants Parade” is planned for Sunday at 2 p.m. on Sorrentino’s street.