The Latest on Selection Sunday: Virginia delays trip to Indy 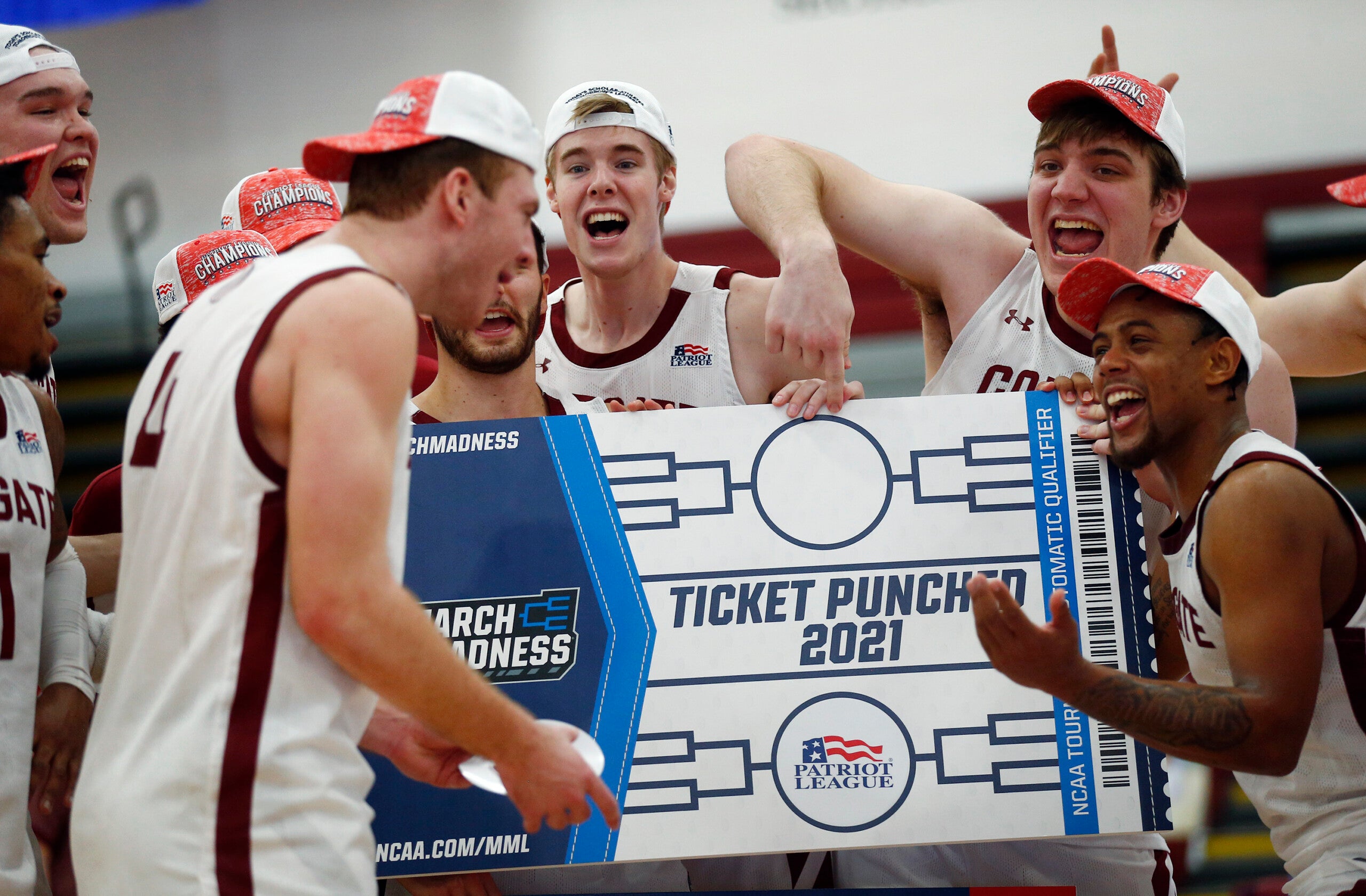 The latest from the NCAA Tournament’s Selection Sunday (all times EDT):

Virginia coach Tony Bennett says most of his players are in quarantine after being exposed to an individual infected with COVID-19, but he is still hopeful the Cavaliers will be able to play in the NCAA Tournament.

Virginia was forced to withdraw from the Atlantic Coast Conference Tournament on Saturday because of a single COVID-19 case. Bennett told reporters that all the players in quarantine have so far tested negative.

The quarantine is scheduled to end Thursday. Bennett says the team plans to travel to Indianapolis on Friday and be ready to play Saturday. The NCAA is requiring seven consecutive negative COVID-19 tests for anyone traveling to Indianapolis to compete in the tournament. Virginia is the fourth seed in the West Region and set to play Mid-American Conference champion Ohio in the first round.

The NCAA has chosen four teams to be on standby if one of the 68 in the field cannot participate. Louisville would be the first replacement team.

Kansas coach Bill Self says three Jayhawks players will not travel with the team to Indianapolis for the NCAA Tournament because of COVID-19.

Kansas is a three seed in the West Region with a first-round game against Eastern Washington. The Jayhawks had to withdraw from the Big 12 Tournament on Friday because of a positive COVID-19 test. They were already missing David McCormack and Tristan Enaruna, who both tested positive before the conference tournament. Self said McCormack and Enaruna could join the team later in the week in Indianapolis.

First-round games will be played Friday and Saturday.

In an NCAA Tournament that will take place entirely in the state of Indiana, Purdue is the only in-state team in the field of 68 teams.

The Boilermakers are the fourth seed in the South Region and face 13th-seeded North Texas in the first round, and one of nine Big Ten teams in the field. Purdue’s Mackey Arena will host First Four and first round games.

Nowhere to be found is Purdue’s Big Ten rival Indiana. The Hoosiers went 12-15 to put coach Archie Miller on the hot seat. There will be NCAA First four games played at Indiana’s Simon Skjodt Assembly Hall in Bloomington on Thursday and first round games scheduled for Friday and Saturday. Butler’s Hinkle Fieldhouse will also host games, but the Bulldogs also finished under .500 this season.

Louisville was the first left out of the field of 68, but former Cardinals coach Rick Pitino is back in the NCAA Tournament —- this time with Iona.

Pitino was fired by Louisville in 2017 as part of the fallout from the FBI investigation into college basketball. He was hired by Iona College, the Metro Atlantic Athletic Conference school in New Rochelle, New York, last year.

Pitino is the fifth coach to lead five teams to the NCAA Tournament, joining Lon Kruger and Tuby Smith.

The Gaels are a No. 15 seed and will face Alabama in the first round in the East Region.

Louisville will be the first replacement team if one is needed in the field because of COVID-19 issues.

Michigan is the top seed in the East Region of the NCAA Tournament, giving the Big Ten two No. 1s in the field of 68 teams along with Illinois.

The region also includes a marquee matchup in the First Four involving two of the biggest names in college basketball: Michigan State and UCLA play Thursday.

Louisville, Colorado State, Saint Louis and Mississippi were the first four teams left out and those teams will be on standby to replace any team from a multi-bid league that has to withdraw because of COVID-19 issues.

Illinois is the No. 1 seed in the Midwest Region of the NCAA Tournament and could face Loyola-Chicago in round two. Loyola, which made a memorable Final Four run in 2018, is back in the NCAAs for a third straight tournament.

Syracuse is the No. 11 team in the Midwest Region, one of several bubble teams to get good news during the bracket reveal. Utah State is the No. 11 seed in the South. Drake, which lost the Missouri Valley Conference title game to Loyola, earned an at-large bid, but the Bulldogs will have to play Wichita State in a First Four game Thursday.

Baylor is the top seed in the South in the NCAA Tournament and could face either North Carolina or Wisconsin in the second round. The Bears are a No. 1 seed for the first time. Gonzaga is the top seed in the West, a region that includes both Virginia and Kansas, two teams that had to withdraw from their conferences tournaments because of COVID-19 issues.

Colgate, which locked up its spot in the Patriot League title game earlier Sunday, will face third-seeded Arkansas as an intriguing No. 14 seed. Colgate is one of the top scoring teams in the country.

Gonzaga is the No. 1 overall seed in the NCAA Tournament. After a year without March Madness, the bracket is back. The pandemic forced the cancelation of the tournament by the NCAA last year. This year, the entire field is heading to Indianapolis, which hosting the whole tournament this year. Starting with the First Four on Thursday, every game will be played in Indiana. The first round will be played Friday and Saturday.

Virginia is the No, 4 seed in the West Regional. The Cavaliers were the champions in 2019 and there was some concern that COVID-19 issues might keep them out of the NCAAs after they had to withdraw from the ACC tournament.

No. 7 Houston won the the American Athletic Conference championship and gave a boost to a bunch of bubble teams in the process.

The Cougars routed Cincinnati in the AAC final, ending the Bearcats hope of slipping into the NCAA Tournament field of 68 as an automatic qualifier.

The Big Ten championship between No. 3 Illinois and No. 9 Ohio State was winding down. The full bracket is scheduled to begin being unveiled around 6 p.m.

Alabama, St. Bonaventure and Colgate locked up automatic bids to the NCAA Tournament by winning conference championships a few hours before the field of 68 was revealed.

Selection Sunday featured five conference tournament title games as a undercard to the main event starting around 6 p.m. EDT: the unveiling of the NCAA bracket.

There were no potential “bid stealers” in the early games.

No. 6 Alabama won the Southeastern Conference by beating LSU, but the Tigers are in good shape to earn an at-large bid. The Crimson Tide made their case for a No. 1 seed with an 80-79 victory.

St. Bonaventure beat VCU to win the Atlantic 10’s automatic bid as the top seed in the conference. The Rams went into the game expected to be on the right side of the bubble no matter the result, but they’ll have to wait a few hours to make it official.

There are 38 at-large selections available and the NCAA’s deadline for teams to inform the selection committee that they would not be able to compete in the tournament passed Saturday night with no schools dropping out.