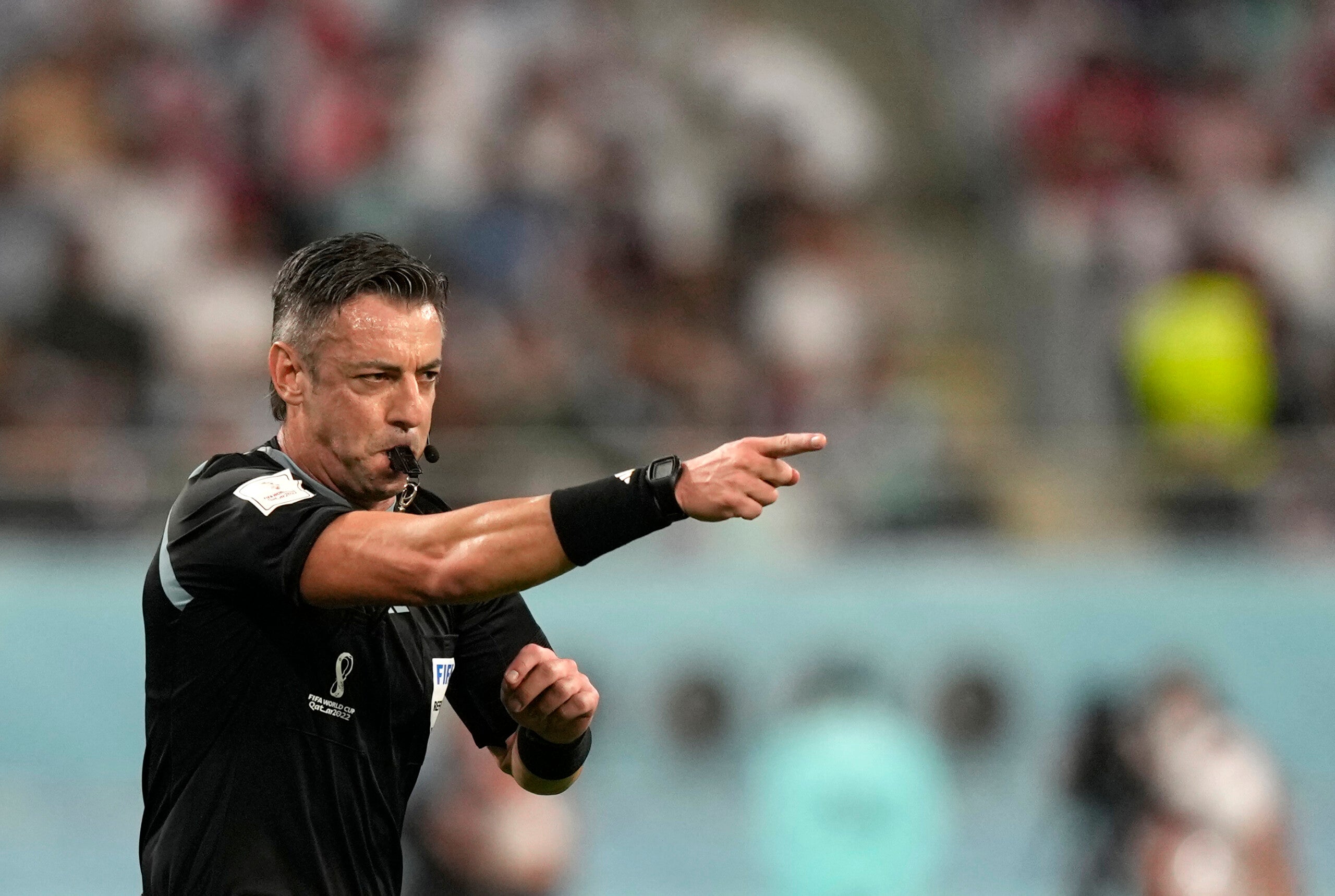 DOHA, Qatar (AP) — The 90-minute soccer match is turning into 100-plus at the World Cup — and that is what FIFA wants to give fans more entertainment.

The four longest periods of stoppage time for a single half of soccer at any World Cup were all played Monday, according to statistics analysis site Opta Joe.

England and Iran went into the 15th minute of stoppage time in the first half Monday and the referee added 14 minutes in the second half. A head injury for Iran’s goalkeeper explained the first, but the second raised more eyebrows.

Even more surprising were the Netherlands-Senegal and the United States-Wales games each entering the 11th minute of time added at the end for the myriad types of stoppages in modern soccer. The U.S. game that started at 10 p.m. on Monday in Doha ticked over into Tuesday when the final whistle blew.

The pattern carried on Tuesday as Argentina-Saudi Arabia went into a seventh minute of time added on at the end of the first half.

“The purpose is to offer more show to those watching the World Cup,” the chairman of FIFA’s referees committee Pierluigi Collina said in Qatar ahead of the tournament.

Collina insisted the directive to referees “is something not new.” FIFA officials have long been agitated about the dwindling amount of effective playing time in the regulation 90 minutes.

In 2017, a 60-minute, stop-start game clock as in basketball was suggested as an idea to explore by Marco van Basten when the Netherlands great was then FIFA technical director.

At the 2014 World Cup in Brazil, the ball was typically in play for about 60 minutes. That was down to between 52 and 58 minutes at the 2018 tournament in Russia, according to one statistical analysis.

Video review that was first used at the World Cup four years ago has caused some of the modern delays, with stoppages often of around two minutes to check on game-changing incidents.

Goal celebrations that now go on and on have also tested FIFA’s patience.

“Celebrations may last one, one and a half minutes,” Collina said last Friday at a briefing about FIFA’s instructions to their match officials in Qatar. “It’s easy to lose three, four, five minutes only for goal celebrations and this has to be considered and compensated at the end.”

Five second-half goals in England’s 6-2 win over Iran shows that, plus there was a VAR review to award Iran a penalty at the end of the 10 minutes of stoppage time that were initially indicated.

It helped England complete 716 passes — the second most in any World Cup game that did not include extra time.

Still, there was only one second-half goal in the 1-1 draw between the U.S. and Wales.

While fans are getting used to the new norm of longer games — and broadcasters perhaps adjust their running times of programs — the current solution is arguably than those proposed five years ago.

Van Basten’s team also suggested research into combating late-game timewasting by letting referees stop their watch as play paused toward the end of each half.

Both ideas were soon shelved.