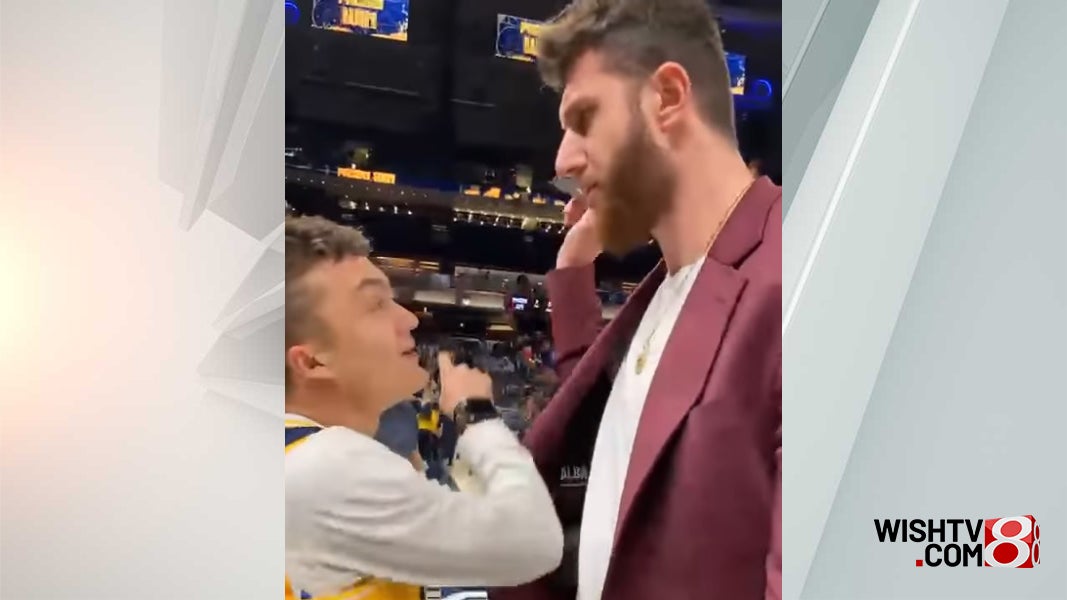 Nurkić can be seen approaching the fan and saying something before the unidentified fan asks “what’s up?”

Nurkić then grabs a phone from the hand of the Pacers fan and throws it into the seats. A security guard then intervened as Nurkić walked away.

The video does not show what led up to the confrontation.

Nurkić is averaging 15 points and 11 rebounds per game this season but has not played since Feb. 16.

News 8 has reached out to the NBA for more information.

On Tuesday, the league announced Nurkić had been fined $40,000 for his actions.