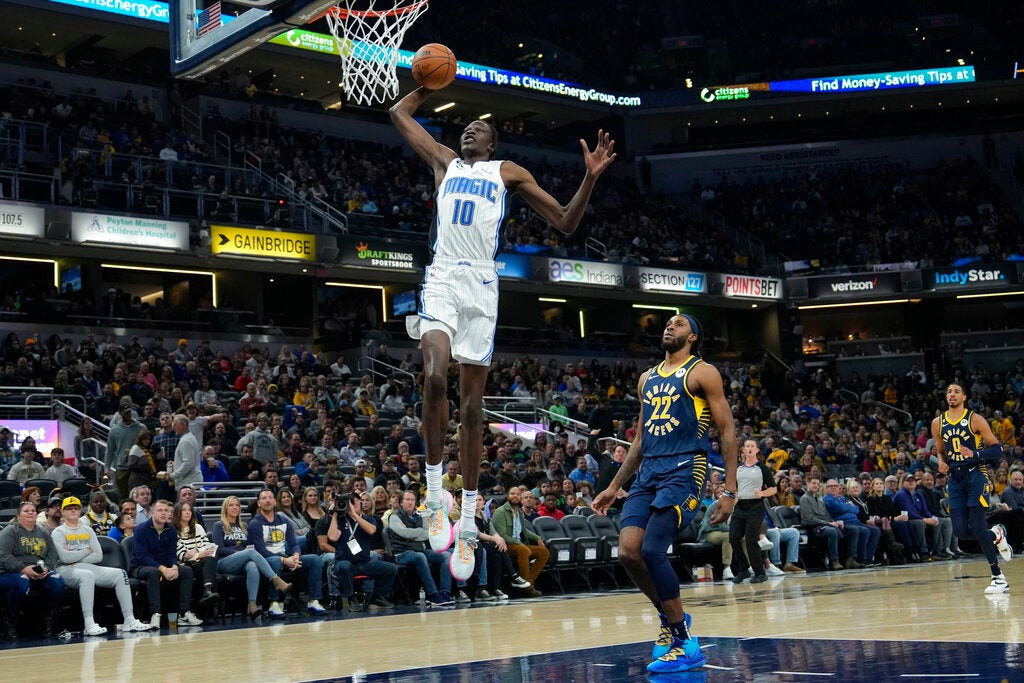 INDIANAPOLIS (AP) — Aaron Nesmith made two free throws with 9.6 seconds left and the Indiana Pacers came up with a final defensive stop to beat the Orlando Magic 114-113 on Saturday night to open a two-game set.

The teams will meet again Monday night in Indianapolis. In the last seconds, the Magic’s Franz Wagner drove to the basket, but his layup attempt was long off the backboard and Mo Bamba was unable to tip in the rebound.

Tyrese Haliburton had 22 points and 14 assists for the Pacers. They have won four straight to improve to 9-6. Wagner had 29 points for the Magic.