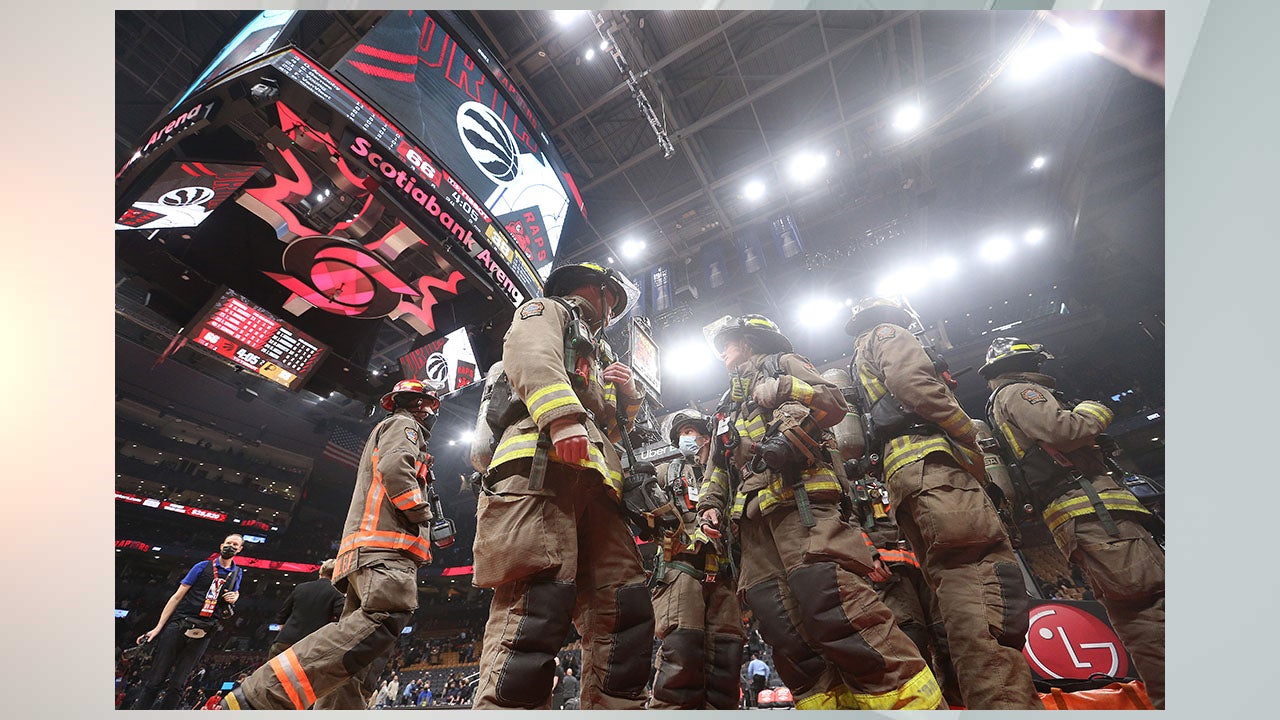 TORONTO (WISH) — The Pacers on Saturday night fell to 25 games under .500 for the first time since the 1988-1989 season, but that prospect was delayed for a time after a loudspeaker caught fire at Scotiabank Arena.

With 4:05 to play in the second quarter and the Raptors leading 66-38, members of the Toronto Fire Department went onto the court after reports of smoke and a burning smell inside. Video from social media, which was displayed on some game telecasts, showed flames coming from a speaker in the rafters.

After a brief delay, the Raptors public-address announcer informed fans the game was being suspended and everyone needed to calmly exit the arena. At that time, there was “no threat to public safety,” according to the PA announcer.

Toronto police tweeted no injuries were reported from the fire.

Both the Pacers and Raptors went back to their locker rooms as fans evacuated the arena.

Indiana was scheduled to return to Indianapolis postgame ahead of its meeting with Atlanta on Monday.

Toronto is set to host Boston on Monday.