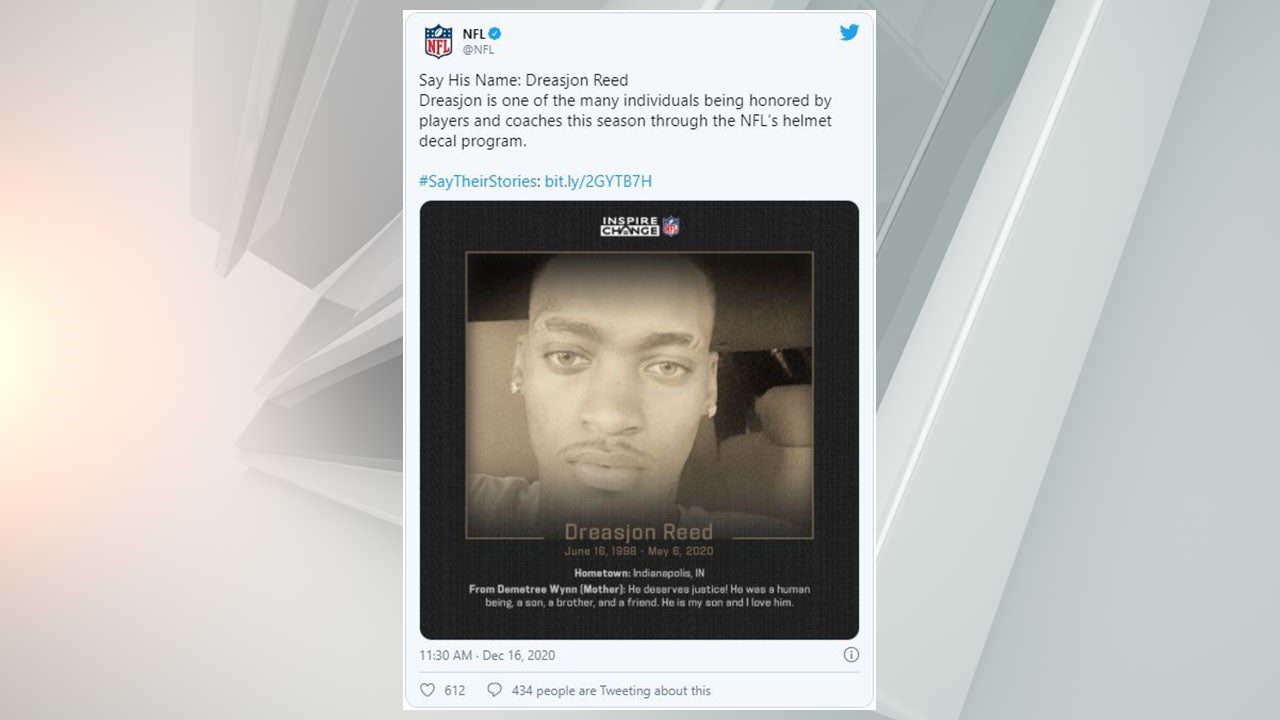 INDIANAPOLIS (WISH) — The NFL tweeted Wednesday that Dreasjon “Sean” Reed is one of 87 victims of systemic racism, victims of police misconduct, and social justice heroes who will be honored with helmet decals worn by players this season.

Colts linebacker Mathew Adams wore the decal honoring Reed, and numerous other players and coaches displayed decals. Adams displayed the decal in weeks 1 or 2 of the season, according to a text from the Colts. Adams, a three-year Colts player, was selected in the 2018 NFL Draft.

Reed was shot and killed by an IMPD officer following a chase on May 6. The Indianapolis Metropolitan Police Department says the 21-year-old fired shots at an officer in an exchange of gunfire. A special prosecutor in mid-November said a Marion County grand jury declined to charge a police officer in Reed’s death. Reed streamed on Facebook Live the police chase leading to the gunfire.

In the NFL recognition of Reed and the other 86 people online, the dates of his birth and death are displayed along with a comment from his mother, Demetree Wynn. She says, “He deserved justice! He was a human being, a son, a brother, and a friend. He is my son and I love him.”

The Colts said by text on Wednesday they will honor Gregory Hylton, who died Friday, during Sunday’s game. He helped the team create a ticket sales department in 1997 and eventually became the vice president of premium seating and ticket sales, according to his obituary. His visitation was Wednesday at Plainfield Christian Church.

Sunday’s game against Houston at Lucas Oil Stadium will be limited to 10,000 fans due to coronavirus restrictions.