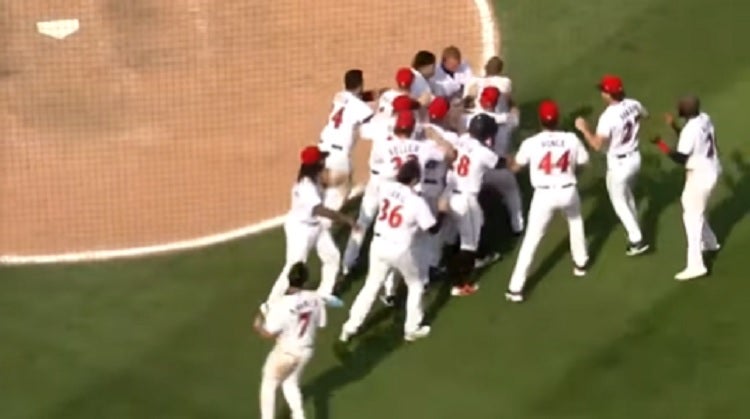 INDIANAPOLIS (WISH) — The Indianapolis Indians’ 11-inning game against the Memphis Redbirds came to a wild ending on Sunday.

The Indians were down by 1 in the bottom of the 11th inning when Christian Bethancourt hit a line drive that tied the game and allowed Wilmer Difo to slide safely into third.

Bethancourt, who stood in the middle of first and second base, prevented the Redbirds from calling a timeout. That’s when Difo noticed an un-guarded home plate and darted home, leading the Indians to a 8-7 victory.

The game was aired lived on MyINDY-TV 23

The Indians take the field again on June 29 when they play against the Iowa Cubs.

MyINDY-TV 23 will air a total of 35 Indians games this season.