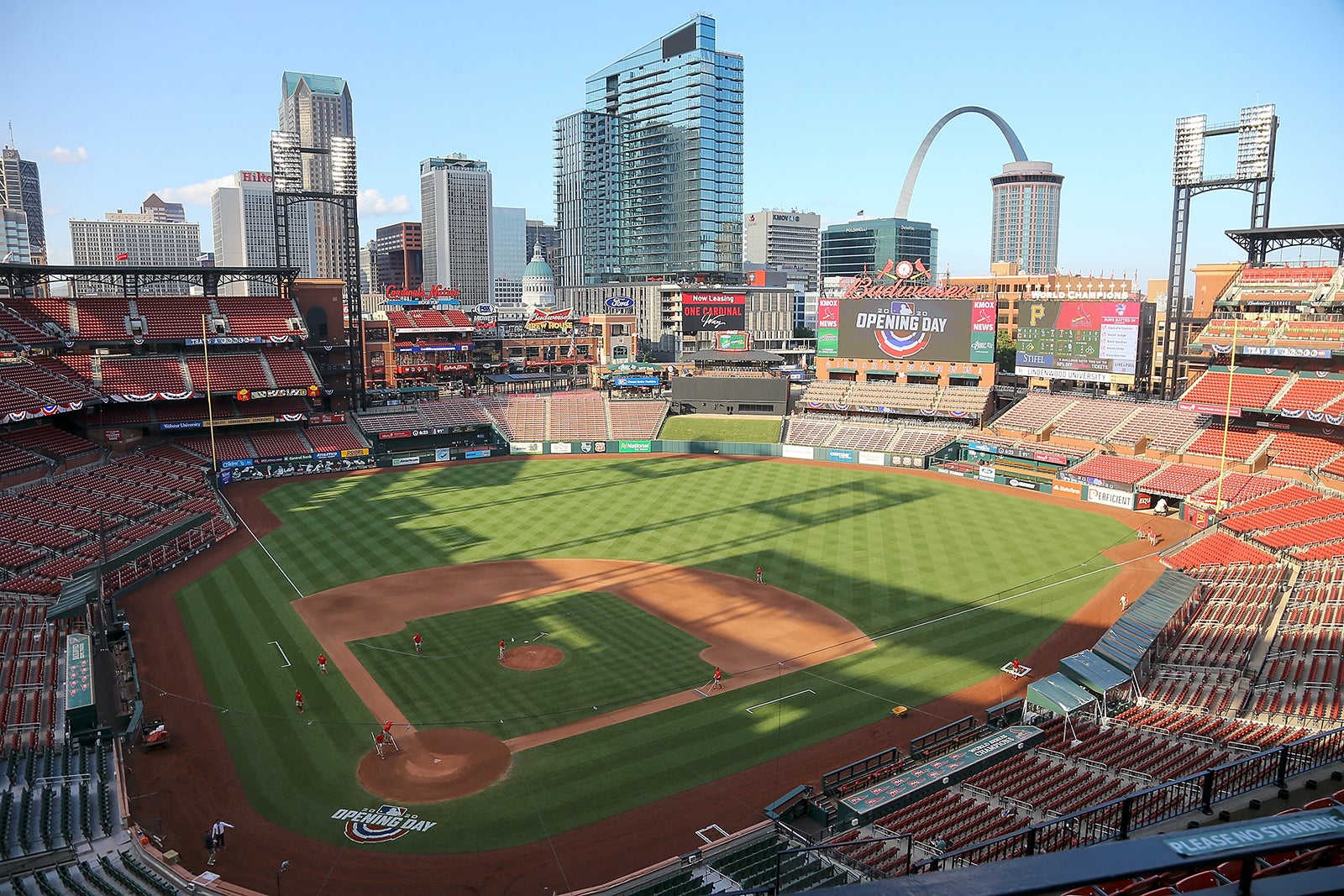 (CNN) — Major League Baseball has postponed scheduled games between the St. Louis Cardinals and the Pittsburgh Pirates after additional members of the Cardinals’ team and staff tested positive for Covid-19.

A total of 17 members of the organization — 10 players and seven staff — have tested positive for the virus, resulting in the postponement of the three-game series between the teams scheduled for Monday through Wednesday at Busch Stadium in St. Louis.

The Cardinals have now had 13 games postponed. The team has not played a game since July 29.

“In light of the most recent positive test results, MLB and the Club believe it is prudent to conduct additional testing while players and staff are quarantined before the team returns to play,” the MLB said of the postponement in a statement Sunday.

At least three teams in the league have had games postponed since the start of the shortened season after members tested positive for the virus.

The Miami Marlins had an outbreak that put their season on hold after 21 members of the organization tested positive. The Phildelphia Phillies have had two staff members test positive for the virus.

As a result, the league announced stricter guidelines for teams as they continue to play through the season.

The changes include reducing the size of traveling parties, requiring staff members and players to wear face coverings while on the road and prohibiting players and staff from meeting in hotel rooms without special permission.

Some members of the Cardinals have had to go to the emergency room after experiencing symptoms of Covid-19, manager Mike Shildt revealed during a radio interview with KMOX Sunday.

Mozeliak confirmed one player and one staff member of the Cardinals visited a hospital, although neither was hospitalized. Both are back at home.

“There are people that have symptoms, and have had a few visits to the ER for some IVs and a little more clarity.” Shildt said during a radio interview with radio station KMOX Sunday.

“Nobody has had to stay. But there are people dealing with — I mean, this is real. And people are experiencing a lot of the symptoms that we hear about, that are associated with this. A variety of them. Most of them are experiencing multiple ones. Seems like they rotate with them,” Shildt told the station. “And again, nobody is in close to any critical shape, but people are having to deal with some things that aren’t comfortable at all.”

As the team continues to battle the virus, the MLB will make a decision about the Cardinals return to the field and announce it later this week, the league said in a statement.