NASCAR to hit the streets of Chicago with downtown race 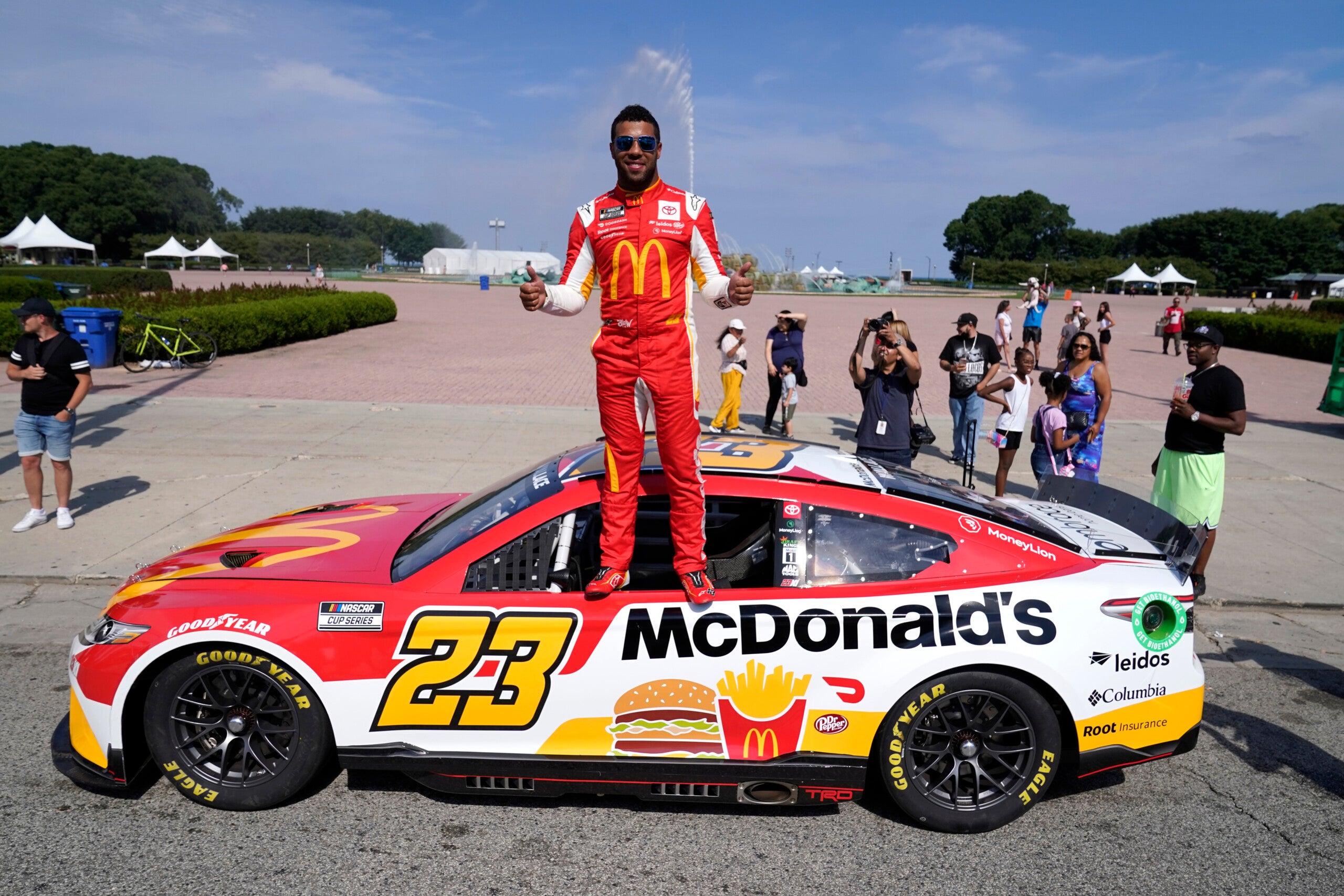 That’s how NASCAR and Chicago got together.

Kennedy played an instrumental role in NASCAR bringing an unprecedented street race to downtown Chicago next year during its 75th season in yet another radical change to its once staid schedule.

“We want to be bold and innovative as we think about new venues and new concepts that we’re going to,” said Kennedy, the 30-year-old great-grandson of NASCAR founder Bill France. “This is No. 1 on the list for us right now, and it’s certainly going to be the most anticipated event of our season and one of the biggest sporting events in our country in 2023.”

The Cup Series will race against the backdrop of Lake Michigan and Grant Park next July 2 as part of a three-year deal with the city of Chicago. It will be paired with an IMSA sports car race the day before, as well as music and entertainment options located along the 12-turn, 2.2-mile street course.

“The opportunity to bring something so unique as NASCAR to the city of Chicago, and I think it’s going to be one of those iconic race courses … we couldn’t pass up that opportunity,” Mayor Lori Lightfoot said Tuesday during an outdoor press conference announcing the event.

The course will include Lake Shore Drive, Michigan Avenue and South Columbus Drive, where the start/finish line and pit road will be located directly in front of Buckingham Fountain. It will pass through Grant Park and approach the northern edge of Soldier Field — site of the only other Cup Series race to take place in downtown Chicago, in 1956.

Kennedy said NASCAR will be the promoter, which typically means the party responsible for all costs of producing the race. Asked about the price tag for the city, Lightfoot responded: “We’ll be working out the details on this with NASCAR. Once we have those specifics, we’ll be happy to share them with you.”

The Chicago announcement comes after NASCAR’s successful January exhibition race inside the Los Angeles Memorial Coliseum that will return for a second running in 2023. Kennedy told The Associated Press he began working on both the Coliseum and Chicago street race in 2019.

It’s part of NASCAR’s sweeping changes to its oval-heavy schedule, first by adding both a dirt race at Bristol Motor Speedway and additional road courses and now a completely new concept. It sounds as if it plans to keep going, too.

“I don’t know that they’ll be a day, at least in the short term, that we’ll go necessarily overseas. But there might be an opportunity for us sometime in the future to go north of the border up to Canada or go to Mexico.”

NASCAR last month confirmed the Coliseum would return next January, but the rest of the 2023 schedule has yet to be announced. The Chicago street course will replace the road course race at Road America on the Cup schedule.

Road America in Wisconsin hosted the Cup Series the last two seasons on the same weekend. By moving into downtown Chicago, NASCAR keeps a race in the Midwest region while returning to a coveted market. NASCAR ran 19 Cup races at Chicagoland Speedway in Joliet, a 45-mile drive from downtown.

NASCAR had tried to build interest in the market and even made Chicagoland the opening race of the playoffs in 2011. But the track was simply too far from downtown to attract a new audience and NASCAR pulled out after the 2019 season.

“This is a top-three market for us, worldwide frankly, for NASCAR fans,” Kennedy said.

The decision to hold a race in downtown Chicago presents all sorts of logistical challenges for NASCAR, mostly centered around the safety of drivers and fans. Kennedy said NASCAR had design, development, competition and asphalt experts look at the surface, and he felt the roads were in “really good condition” when he drove around Grant Park on Tuesday.

“It’ll be a lot of fun to figure out what it’s going to take to be successful here,” said Bubba Wallace, who drives for 23XI Racing — which is co-owned by former Chicago Bulls star Michael Jordan. “We’re going to be turning left and right, going past iconic landmarks, and just the sounds of the engines roaring and reverberating off the buildings here, it’s going to be a lot of fun.”