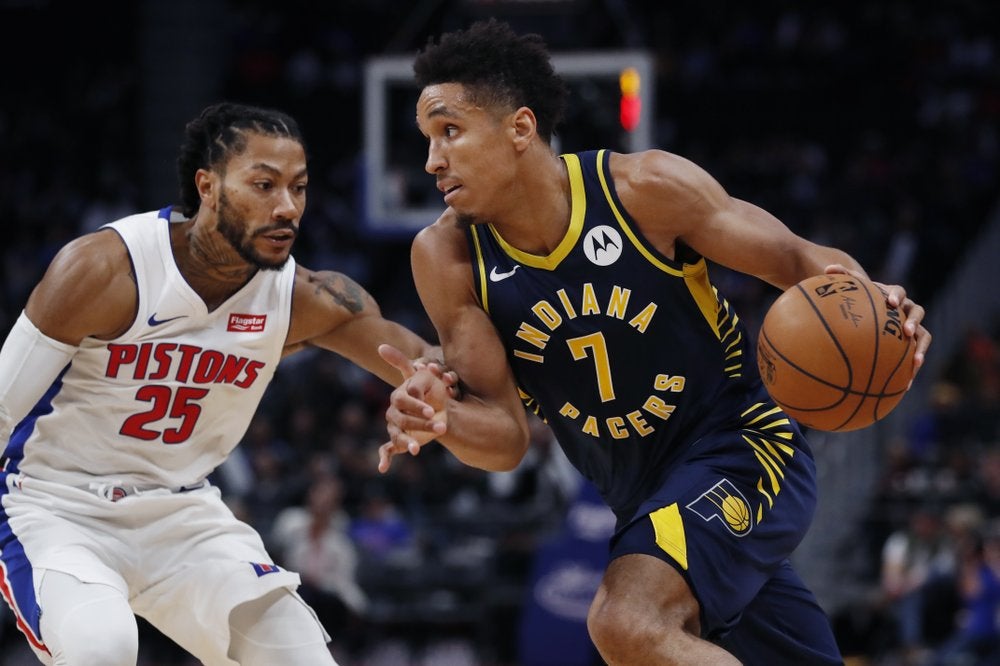 The Pacers led by 15 points in the third quarter before falling behind 102-98 midway through the fourth. Indiana won its fourth straight, moving into a fifth-place tie with Philadelphia in the Eastern Conference.

They dropped four games behind the Memphis Grizzlies for eighth place in the West.