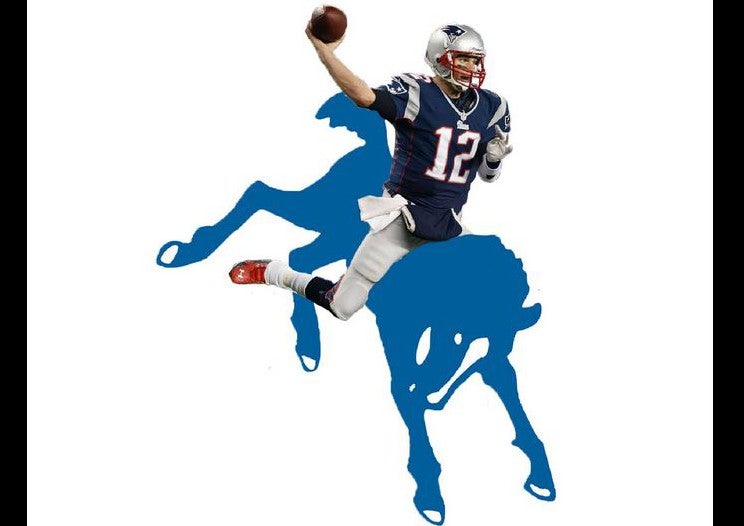 INDIANAPOLIS (WISH) – It wouldn’t be a Colts-Patriots matchup without a bit of rivalry.

But does an image posted on New England Patriots quarterback Tom Brady’s official Facebook page come across as playful rivalry, or does it go too far?

On Brady’s page is an edited image of the classic bucking colt, seen on the old Indianapolis Colts logo. An image of Brady is edited onto the logo, making it look like he’s riding it. It was posted with two words: “Six days.” See the post below:

Whatever the intent, the image has gone viral on social media – generating tens of thousands of shares, likes and comments from fans of both teams.

The Colts travel to Foxborough, Massachusetts Sunday night for the AFC Championship game.