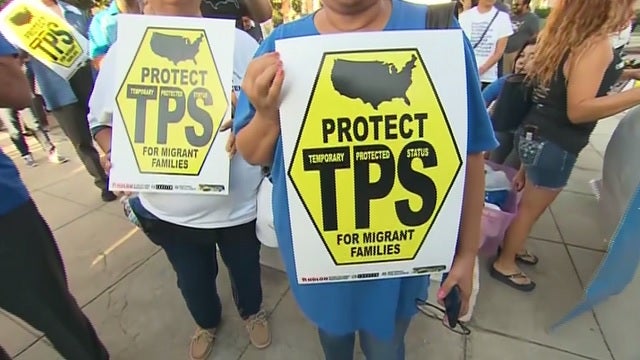 Crista Ramos is a U.S. citizen who sued the Trump administration to stop the government from deporting her mother and hundreds of thousands of others by ending TPS protections for people from El Salvador, Haiti, Nicaragua and Sudan.

A federal judge ruled in her favor but the Trump administration appealed.

The case was presented Wednesday in the 9th Circuit Court of Appeals in California.

There are now questions about whether the judge that ruled in Ramos’ favor mishandled the case.

“As I look through this, the district court made so many errors — violated the law in so many ways,” Nelson said.

The attorney for the immigrants pleaded with the panel of judges to proceed with caution before allowing the government to end the TPS programs.

“Otherwise, 300,00-400,000 people will lose their employment authorization. Some of them will be deported,” Arulanantham said.

He argued this case is far from over and said consequences like deportation are hard to undo.