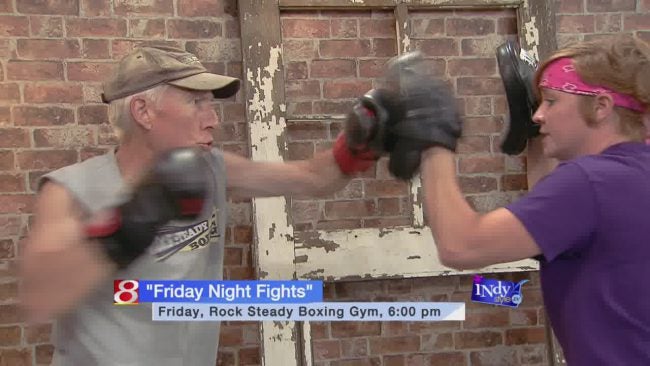 For Parkinson’s sufferer Steve Gilbert, AKA “Bean,” the 10-year journey with Rock Steady Boxing has simply been life-changing. Today on Indy Style, Amber chats with Steve and Head Coach Kristy Rose Follmar about how the program is restoring hope, faith and renewing the fight against a horrible disease.

Rock Steady Boxing was founded in 2006 by former Marion County Prosecutor, Scott C. Newman, who is living with Parkinson’s. He began intense, one-on-one boxing just a few years after being diagnosed with early-onset Parkinson’s age 40-years-old. Newman witnessed the dramatic improvement in his physical health, agility, and daily functioning through his workouts. His quality of life improved dramatically due to his fighting back against the disease. With private donations coming in and a personal passion to help others living with Parkinson’s, Newman opened Rock Steady Boxing.