11 animals left out in cold confiscated 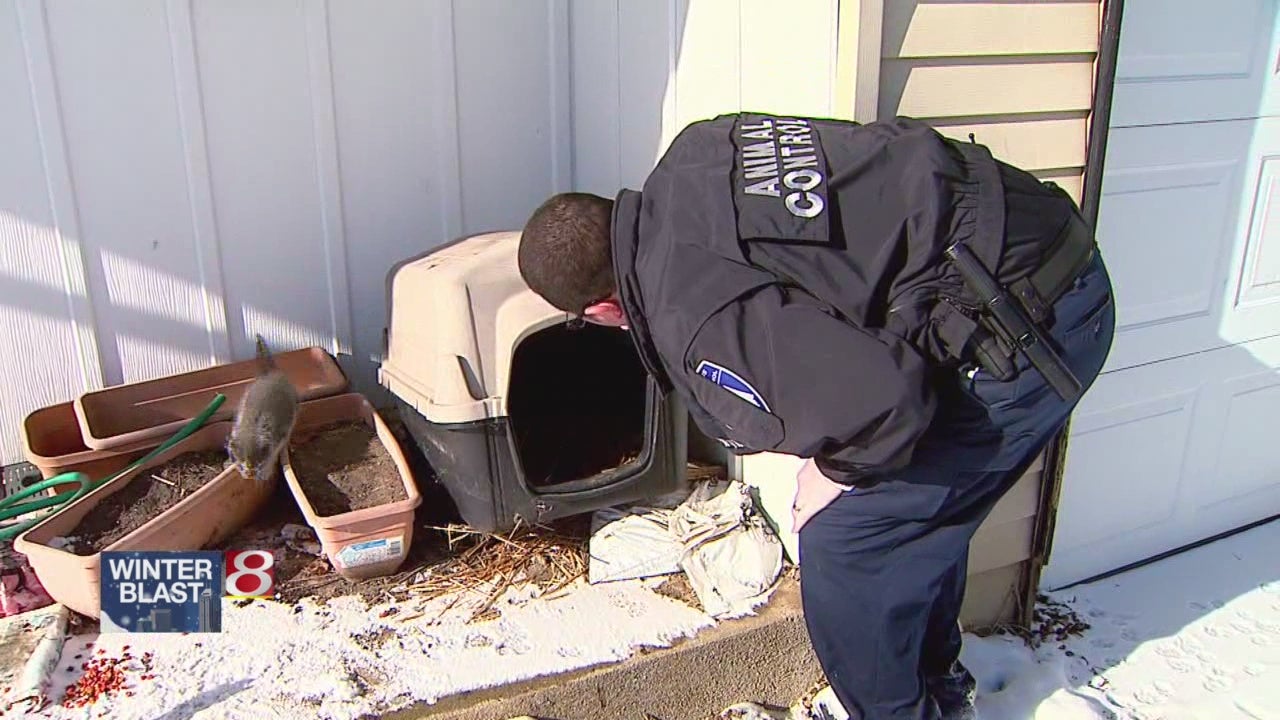 INDIANAPOLIS – Officers with Indianapolis Animal Care and Control are working non-stop to find animals left out in the cold. And with temperatures dipping below zero, it’s an urgent effort.

From dogs left outside in pens to stray animals wandering around, officers responded to 92 calls Wednesday.

11 animals were found to be in danger and were confiscated.

Animal Control Officer Billy Bowling said, “A lot of people just decide ‘They’re dogs, whatever. They can stay outside.’And it’s not the case. I mean they get frostbite just like we do, they get cold just like we do and some people just don’t care. It’s as simple as that.”

That’s why education is a big part of what Indianapolis Animal Care and Control does, and they need the help of concerned neighbors.

Director Dennis Papenmeier said, “”If you see a pet outside and it’s got a frozen water bowl or it has no access to shelter, then that’s something we want to know about so we can monitor that situation.”

“Most of the time we’ll give them 30 days to address the issue but with the weather being the way it is, it’s kind of an emergency thing. We’re not here to be a pain in the butt or to get on your nerves, we just want to make sure your dogs are being taken care of,” said Officer Bowling.

If you see an animal in trouble in Indianapolis, you can call the Mayor’s Action Center at 327-4-MAC or go to the Request Indy website.

You can also download the “Request Indy” app to submit a report.