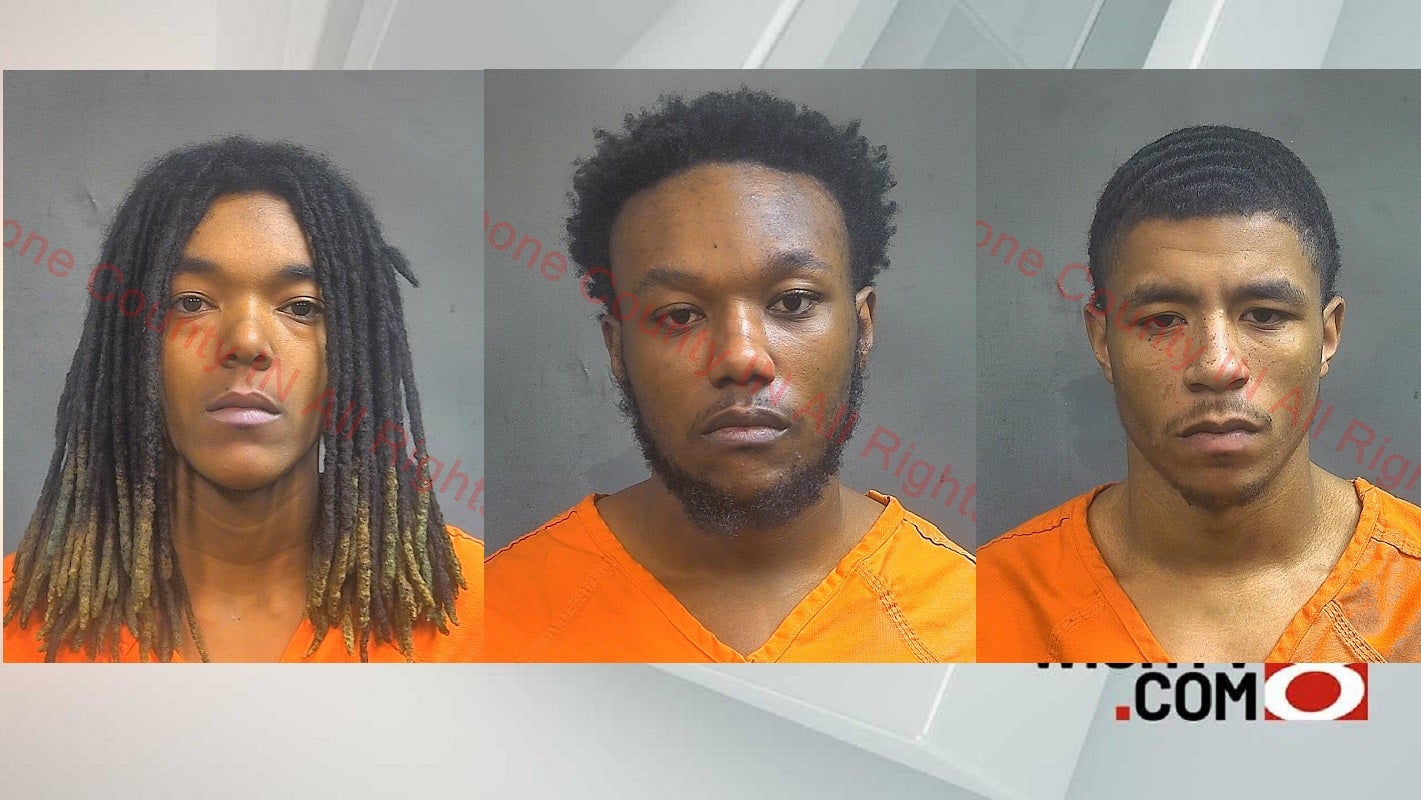 The suspects were identified as Tori Twyman, 20; Larry Stewart,19; and Xavier Arnold, 20, according to Whitestown Police Department.

Police said the suspects were interviewed by police and booked into the Boone County Jail.

The robbery happened inside a vehicle in the parking lot of the TA Travel Center located in the 5900 block of E. State Boulevard near Interstate 65, according to investigators.

All three suspects are being held without bond.