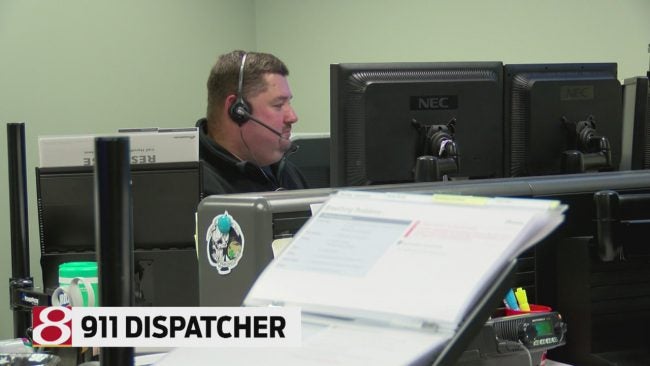 MONTGOMERY COUNTY (WISH) — A Montgomery County dispatcher took a phone call he will never forget— a woman confessed to stabbing herself and killing her two children.

30-year-old Brandi Worley is now charged with two counts of murder. She told dispatch she stabbed herself and killed her young son and daughter almost two weeks ago.

The dispatcher told 24-Hour News 8 he has taken all sorts of calls from traffic stops to medical emergencies to people high on drugs.

He thought Worley was delusional. But when he heard the grandmother screaming he knew this was no joke.

“At first the longer it went and the more detailed she got you start feeling this is true,” said Kyle Proctor, dispatcher. “You hope and pray that it’s not.”

Proctor said he goes into work everyday not knowing what to expect.

“You never know if it’s going to be something serious,” he said. “I mean my first ever 911 call here was an elderly lady who wanted the phone number to DISH network.”

But the call he took almost two weeks ago was something much more serious. Proctor said he has done a lot of training, but nothing like this.

“I had full hope that she was being delusional just for the fact that you never get someone calling and confessed something like this,” he said.

Proctor tried to remain calm and did his best to keep the mother on the line.

“I gotta go… you gotta go… yeah I’m tired… okay, well why don’t you just stay talking with me for a minute so that way we can get some help to you because I don’t want something to happen to you OK?”

Moments later, Worley handed the phone to her mother.

“The hardest part for me was hearing how grandma reacted. I looked behind me and I got an officer crying,” he said.

Proctor said the emotions in the call center that evening were real.

“You know I look across and the other dispatcher got tears and you’re trying to hold it together,” he said.

Proctor has been on the job for less than two years with a decade of experience as the town marshal.

He said he did not take any time off after taking the chilling call.