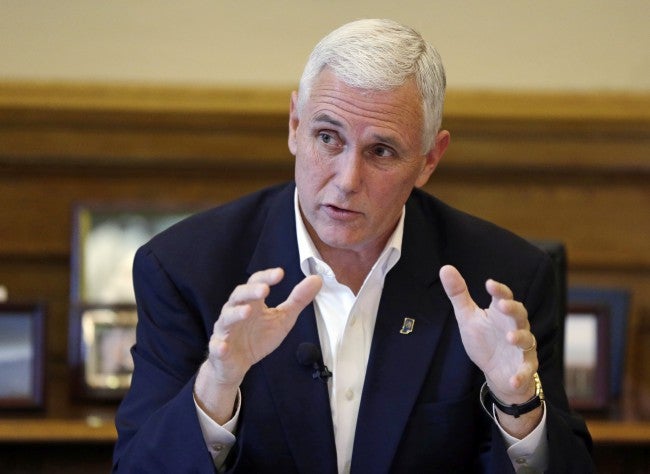 INDIANAPOLIS (WISH) — Syrian refugees will continue to relocate in Indiana despite the governor’s order to close the borders until new security measures are in place.

Exodus Immigration, the largest relocation agency in the state, believes that the governor does not have the authority to stop the immigration of Syrian refugees.

It has plans to relocate 20 or so Syrian refugees to Indiana in the coming months and it is going ahead with those plans.

Also, the American Civil Liberties Union of Indiana filed a lawsuit Monday against Pence to stop attempts by the governor to suspend resettlement of Syrian refugees.

The suit claims the governor’s actions violate the U.S. Constitution and federal law.

“There is no border around the state of Indiana that prevents people from entering our state who may move freely within the United States,” said ACLU of Indiana legal director Ken Falk in a statement Monday night. “Decisions concerning immigration and refugee resettlement are exclusively the province of the federal government, and attempts to pre-empt that authority violate both equal protection and civil rights laws and intrude on authority that is exclusively federal.”

“And we really truly believe it’s unconstitutional for the governor to do this,” said Exodus Immigration Executive Director Carleen Miller, “and really out of his purview.”

Miller says the agency will defy the governor.

“Well, it is our plan to continue business as usual,” she said. “We have been doing this for 35 years and we will continue to resettle all refugee groups.”

Mike Pence is one of 31 governors who took action.

Over the weekend, the White House posted a letter to Pence from Secretary of State John Kerry and Homeland Security Director Jeh Johnson that says most of the refugees are families, victims of torture and children.

The president visited a refugee center in Malaysia.

“Refugees who end up in the United States are the most vetted, scrutinized, thoroughly investigated individuals that ever arrive on American shores,” said Barack Obama.

But those individuals could be denied state services if they come here.

“We will have to rally some private funding in case they don’t get the services they need from the state,” said Miller.

Exodus Immigration has relocated about 25 Syrian refugees to Indiana in the last 15 months.

The governor’s office has not responded to a request for comment.

He wrote an op-ed last week defending his decision.