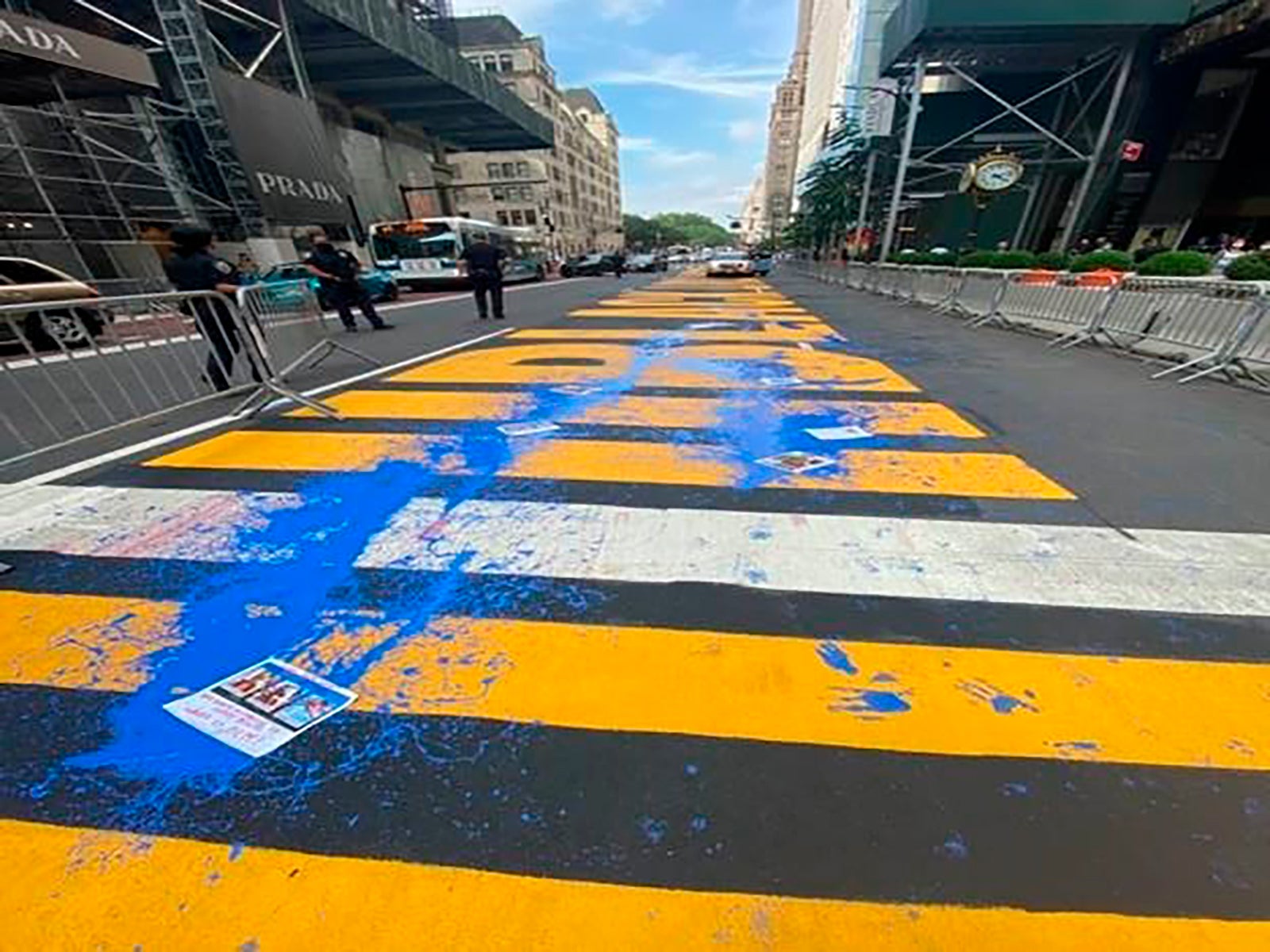 (CNN) — The Black Lives Matter street mural in front of Trump Tower in midtown Manhattan has been vandalized three times in one week, according to the New York Police Department.

The latest incident occurred on Saturday afternoon when two women from Staten Island, ages 39 and 29, were arrested after they were seen pouring paint on the mural, an NYPD spokesperson told CNN.

When an officer attempted to approach one of the women, the officer slipped and injured his head and arm. He was taken to Bellevue Hospital and is in stable condition, the spokesperson said.

The two women were charged with criminal mischief and were released with desk appearance tickets, according to the NYPD.

The mural was first vandalized Monday when an unnamed suspect dumped red paint on the V in “Lives.” The department said it was investigating the vandalism.

On Friday, surveillance video captured three individuals “pouring and smearing paint on the mural and one female spreading flyers at the scene,” according to the NYPD.

When police arrived, they arrested four people who all had blue paint on their hands and clothing.

Two women, ages 25 and 39, and a 44-year-old man, all from New York City, were charged with criminal mischief and released with desk appearance tickets.

A 64-year-old woman was issued a criminal court summons for illegally posting flyers, according to the police. Police did not say what was on the flyer.

New York City’s mural, similar to the one commissioned by Washington, DC, Mayor Muriel Bowser, was painted on Fifth Avenue in front of Trump Tower earlier this month. The building is home to the Trump Organization’s headquarters.