Blackhawks vs. Ducks game made history for Chicago 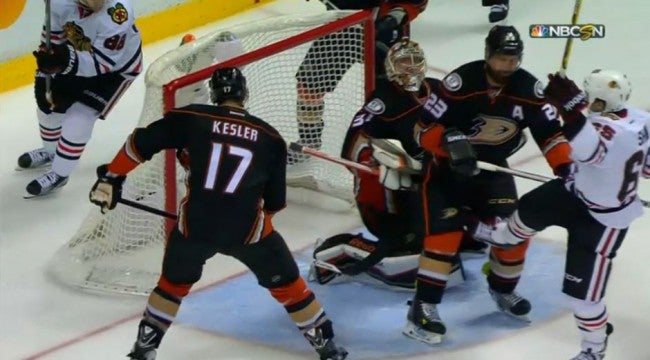 CHICAGO (WISH) – Tuesday’s hockey game between the Chicago Blackhawks and the Anaheim Ducks turned into a triple overtime – the longest game in Chicago’s 89-year history.

The Blackhawks appeared to have won the game in the second overtime after a goal by Andrew Shaw.

Officials reviewed it, and ruled it to not be a goal, since Shaw head-butted the puck, which is against the rules.

After the game, Shaw said he understood the rule but said, “I think if anyone can ever pull that off it should still be a goal.”

The Blackhawks beat the Ducks 3-2 in game 2 of the Western Conference Finals.

Do you think officials should have given him the goal?

After you watch the full video here, head to our Facebook page, click on this story, tell us your thoughts and then share it with your friends and family.