Blown tire caused motorcyclist to crash on I-70 in Putnam Co. 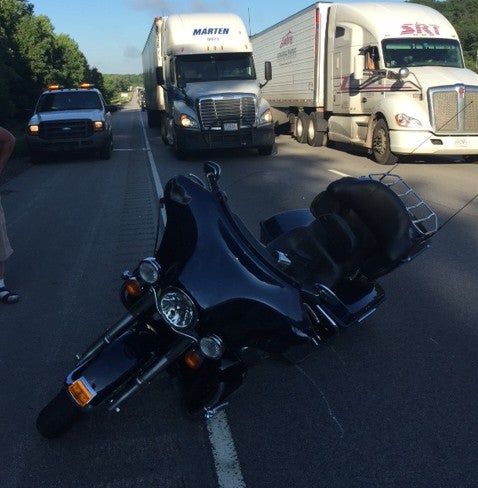 ISP officials said a motorcycle was involved and a medical helicopter was called to the scene.

According to preliminary crash results, the driver of the motorcycle 58-year-old Anthony Tingley of Terre Haute was traveling east on I-70 and lost control of the motorcycle. Tingley’s motorcycle came to rest about 250 feet from the initial crash.

Police say a witness saw the motorcycle weaving erratically and noticed smoke coming from the bike before it crashed. The witness believed the driver had a flat tire.

IPS looked over the bike and noticed the rear tire was deflated.

Tingley was wearing an approved DOT helmet which may have saved his life, ISP Master Trooper Chris Harcourt said.

Police say Tingley was airlifted to the hospital for facial lacerations and possible internal injuries.