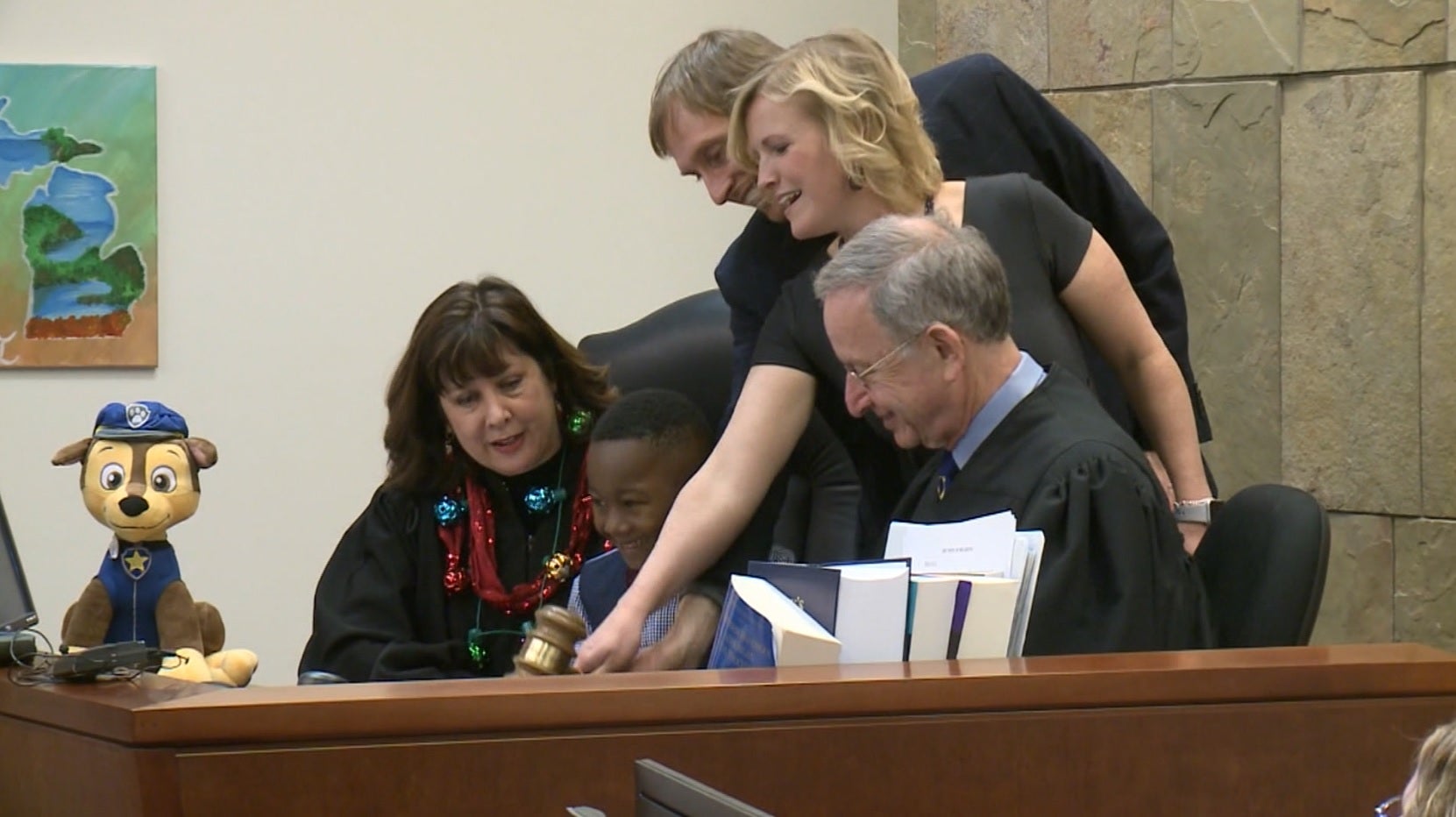 KENT COUNTY, Mich. (WISH) — A five-year-old Michigan boy celebrated the biggest day of his life and had his entire class by his side.

After about a year of fostering, WXMI reports that Andrea Melvin and David Eaton were able to adopt Michael.

His class cheered him on during the process.

“He brings us a lot of joy. He’s just so full of energy and so full of love. It’s just been great for everybody,” Melvin said. “Giving a kid a permanent home, a forever family is just the best gift you can give anybody.”

Michael now has his forever family and celebrated with cake and a visit from Santa.

In total, 36 children were adopted during the ceremony.