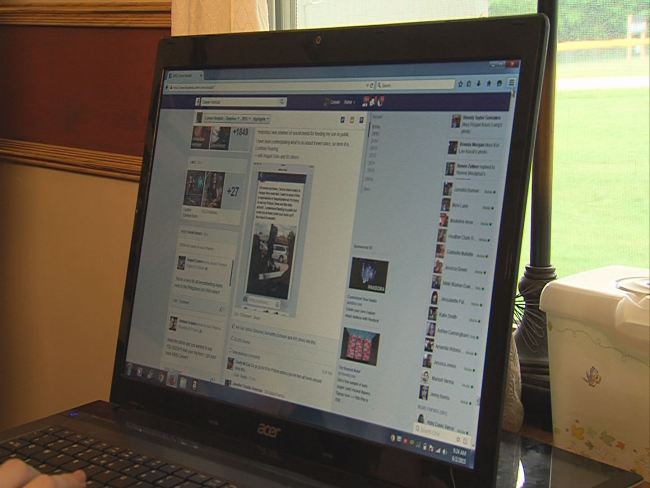 TERRE HAUTE, Ind. (WTHI) – A local woman’s story has gone not just national but global, and now she’s talking to WISH-TV’s sister station WTHI about it.

You have may have seen a picture recently of Conner Kendall from Dugger nursing her son in a Terre Haute restaurant. She told WTHI someone she did not know took that picture and placed it on social media to shame her.

“I never ever would have dreamed that it would have gotten this big this fast,” she said.

The snapshot spread like wildfire on social media, going global within just hours.

A man posted a picture of Conner nursing and then asked for feedback. He also wrote that he thought the action was inappropriate.

“Can you at least cover your boob up? Your input is needed…” the original Facebook post read.

Conner said she had tried to be discreet by sitting in the corner of the restaurant.

“I turned away from everybody and latched him on and then I turned back and just fed him and when he was done, I pulled my shirt back up and I didn’t think it was a big deal,” Conner explained.

The story took off, popping up all over the internet.

The post was shared more than 82,000 times and counting and comments flooded Facebook from all parts of the world. One woman typed “You’re a hero for all breastfeeding moms here in the Philippines too! Well done!”

Conner does say that she wasn’t even angry about the picture but what the man chose to do with it.

“To criticize me and to shame me – that’s what bothers me. It doesn’t bother me that people saw us, I would have went somewhere private if it bothered me that someone saw me feeding him.”

Even though Conner says she was shamed by a stranger, she is choosing to take the high road and not shame him by revealing his name. Instead she explained that she is using the “highly talked about post” to help other breastfeeding moms.

Conner also said that the man who posted the picture sent her an apology on Facebook but, she told WTHI the message did not seem to be – in her words – sincere.