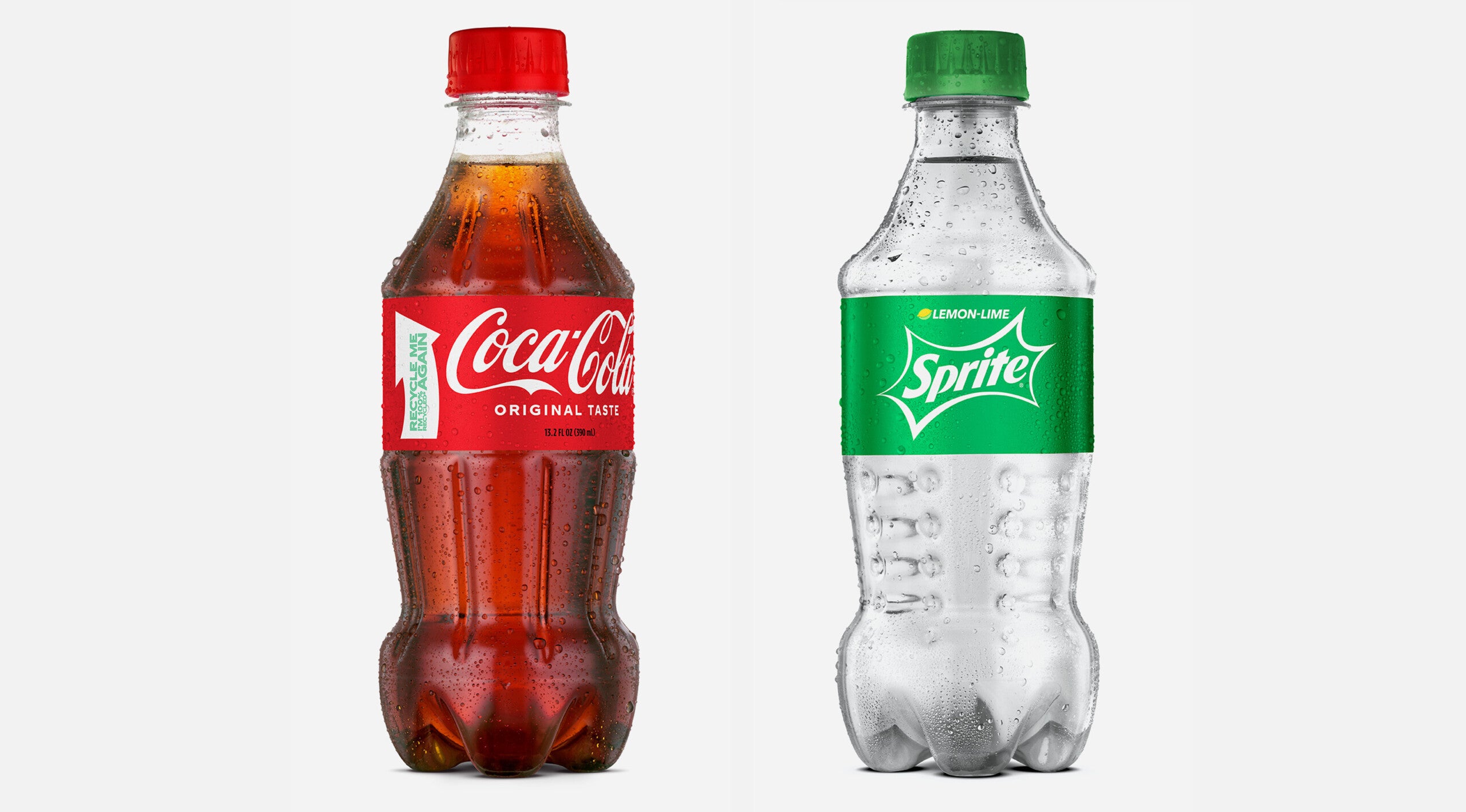 (CNN) — Coca-Cola is launching a new bottle size for the first time in a decade, but it’s what the bottle’s made of that marks an even more notable first: 100% recycled plastic material.

The new 13.2-ounce recyclable bottle that some customers will see on shelves this week is made entirely of other plastics, and it’s the latest move in Coca-Cola’s several-year initiative to reduce its plastic waste. Coke is also hoping the size attracts younger, under-25 drinkers who are seeking sustainable packaging (and sometimes even shunning the company).

The new bottle will be available starting this month in select states across the Northeast, including New York and Connecticut, as well as in California and Florida, before launching nationwide this summer. Coke describes the size as a “more sippable package,” and it will debut with the company’s most popular sodas like Coca-Cola, Diet Coke and Coke Zero Sugar at a suggested retail price of $1.59.

“We’ve been listening to consumers and they have been telling us they want something a little smaller and a little more easyto consume,” Alpa Sutaria, Coca-Cola’s general manager of sustainability, told CNN Business. “We took this opportunity to make a bottle with plastic that’s 100% recyclable.”

The 13.2-ounce size is slightly larger than its aluminum can option and smaller than the typical 20-ounce bottle. Unique sizes like the 7.5-ounce mini can have garnered strong sales.

Meanwhile, the recycled plastic material will also be featured in 20-ounce bottles of Coke and Diet Coke in New York, California and Texas this month, as well as for the company’s Dasani and Smartwater brands in certain locations in the coming months.

Sutaria said developing the new packaging has been a “labor of love and great innovation” for Coca-Cola. The recycled plastic is cleaned, ground down and turned into grain-like flakes before being transformed into a new bottle.

She added that launch states were chosen because customers in those areas “are more sensitive to the challenges we have around sustainability issues.”

Coca-Cola is often criticized for contributing to environmentally damaging plastic waste. Last year, the company was named as the world’s No. 1 plastic polluter by the environmental firm Break Free From Plastic. Its logos and branding were found on 13,834 pieces of plastic in 51 countries, often discarded in public spaces like parks and beaches.

In 2018, Coke announced its “World Without Waste” initiative with the ultimate goal of, by 2030, collecting and recycling one bottle or can for each one it sells. The new bottle, according to Sutaria, is a “big step in that direction.”

“We’re determined to innovate and to develop technology to minimize our impact,” she said, adding the company is “following through our commitment with real action.”