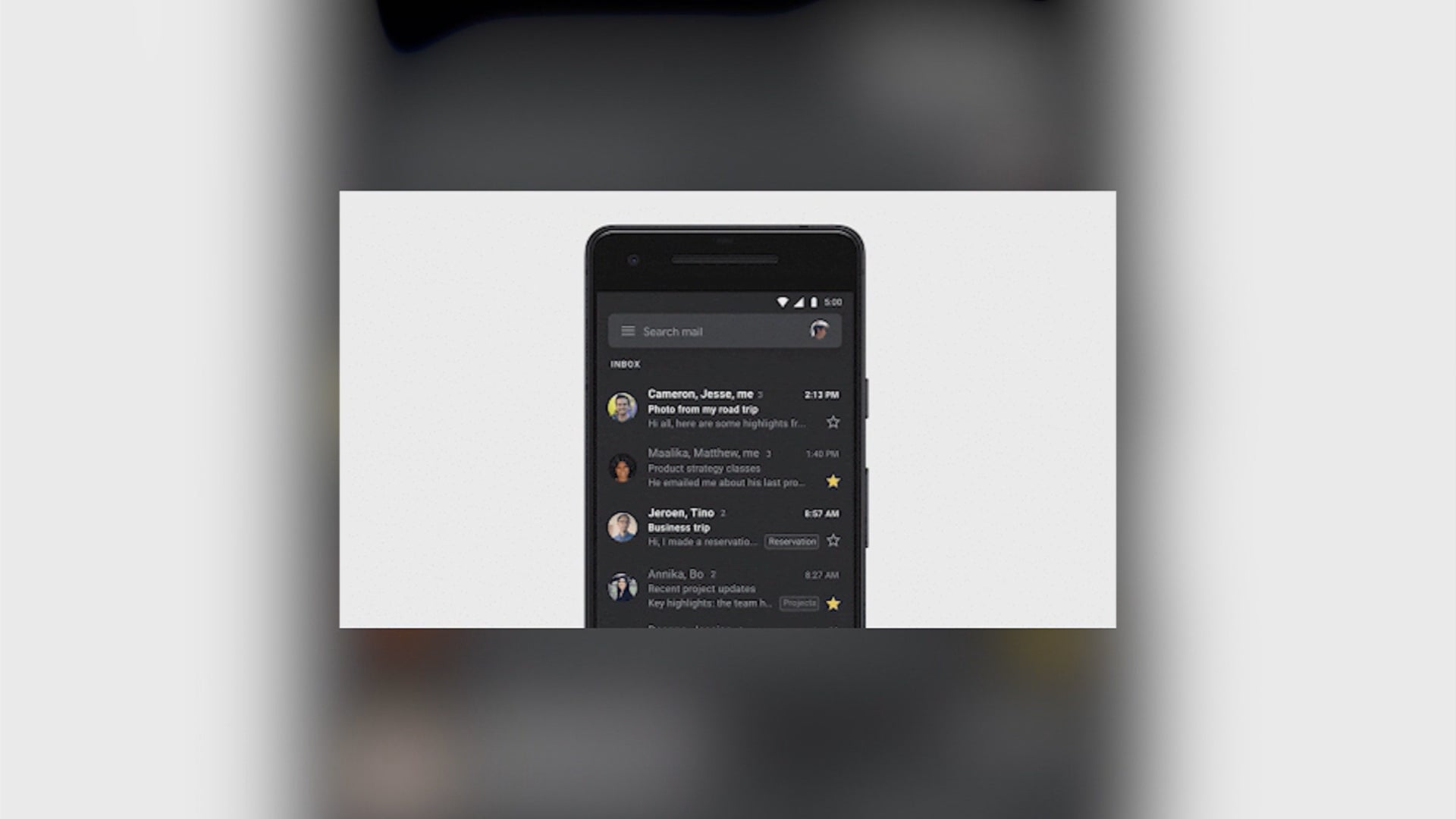 (CNN) — For Android and iOS users eagerly awaiting the launch of Gmail dark mode, the wait is over.

The new look flips the background in Gmail from white to black.

Google wrote in a blog post that the new theme will start rolling out immediately. However, some users might not see the feature for 15 days or more.

Some people find it easier on the eyes, and, Google says, it helps extend battery life because it uses less power.

The move is part of a trend, with dark mode becoming popular on several platforms and devices, including Twitter, and on products by Samsung, Google and Apple.

According to multiple reports, Facebook is also testing a dark mode.