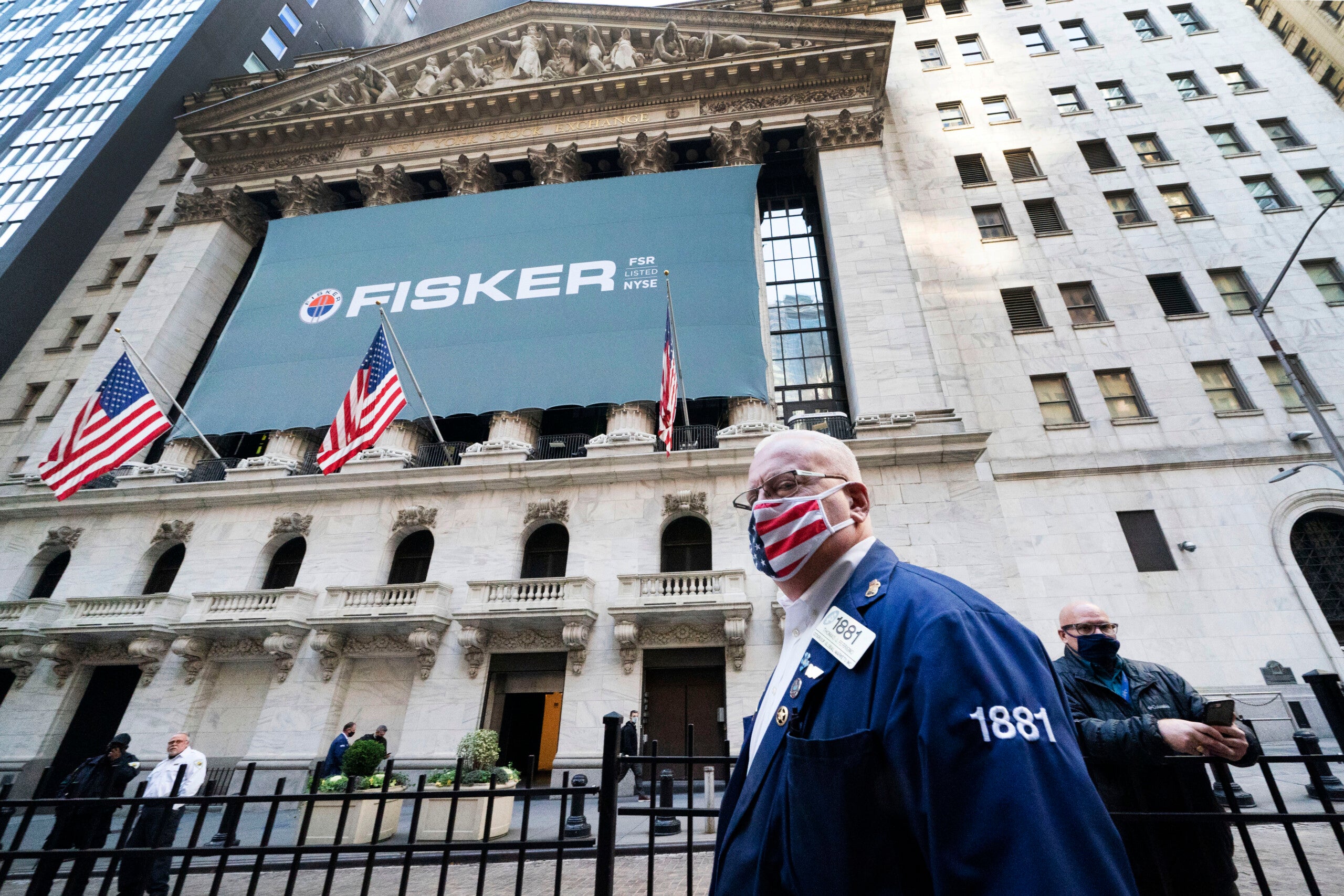 NEW YORK (AP) — Stocks are surging Monday, and Wall Street is catapulting back to record heights on a burst of hope that the world and corporate profits can get back to normal following encouraging data about a potential coronavirus vaccine.

The S&P 500 was 3.3% higher in afternoon trading after Pfizer said an early peek at its vaccine data suggests the shots may be 90% effective at preventing COVID-19, though that doesn’t mean its release is imminent. The index at the heart of many 401(k) accounts is on track to close at an all-time high for the first time in more than two months.

Financial markets around the world were already climbing before the vaccine data’s release amid relief that the limbo created by the long, market-bruising battle for the White House was finally clearing. Democrat Joe Biden over the weekend clinched the last of the electoral votes needed to become the next president.

U.S. stock futures, Treasury yields and oil prices burst even higher following the vaccine news. The yield on the 10-year Treasury shot up from 0.81% before the announcement to 0.95%, a very big move for the bond market and one that shows stronger confidence in the economy. The key rate touched its highest level since March earlier in the morning.

Stocks of companies that most need the economy and the world to return to normal for their profits to heal led the way. A 13.4% surge for Chevron and 11.6% jump for The Walt Disney Co. amid hopes that people will start driving and flying to theme parks again helped the Dow Jones Industrial Average leap 1,361 points, or 4.8%, to 29,685, as of 1:17 p.m. Eastern time.

Cruise operators, airlines and owners of office buildings and shopping centers were among the market’s biggest winners on expectations people will feel comfortable again riding elevators to a desk or shopping in enclosed stores.

Carnival surged 37.4%, though it’s still down by more than half for 2020 so far. It led a resurgence for what are called “value stocks,” ones whose prices look cheap and had gotten left behind by the rest of the market through the pandemic.

“People are buying those because they see a light at the end of the tunnel,” said Todd Morgan, chairman at Bel Air Investment Advisors.

The Big Tech companies that earlier drove the market higher in the pandemic, in large part because they didn’t need a “normal” economy to succeed, were lagging behind. That kept a lid on the gains for the Nasdaq composite, which rose a more modest 0.8%.

Companies whose fortunes soared directly because the pandemic kept everyone hunkered at home, meanwhile, fell sharply. Zoom Video Communications, whose online meetings became how millions of students and workers communicated, sank 13.5%. Grubhub, which benefited from people ordering in for dinner, dropped 10.6%. Etsy, whose online marketplace rode a wave of popularity for handmade masks, lost 11.5%.

If a vaccine for COVID-19 does indeed pan out, analysts say it’s a “game changer” and just what the market had been waiting for. It underscores again how the coronavirus and its effect on the economy are the dominant concerns for investors, much more than who wins what in Washington.

The 90% effectiveness rate for Pfizer’s potential vaccine is what struck Ajay Rajadhyaksha, head of macro research at Barclays.

“If that proves to be correct, it is a significant positive surprise and increases the odds of a quicker return to normalcy,” he said.

Still, analysts caution that several risks remain that could trip up the market’s big recent gains.

Investors are pushing stocks up as they focus on a more encouraging future, but the present is still bleak in many ways. Coronavirus counts continue to rise at troubling rates across much of Europe and the United States, so much that several European governments have brought back restrictions on businesses.

And in Washington, some uncertainties remain that could derail what’s already become a better than 10% rally for the S&P 500 so far in November. Markets are banking on control of Congress remaining split between Democrats and Republicans, which can keep low tax rates and other pro-business policies the status quo in Washington, but that hinges on the result of run-off elections in Georgia in January.

Potential gridlock also makes any potential rescue package for the economy from Congress likely to be smaller than if Democrats had swept control of all of Washington. President Donald Trump, meanwhile, has refused to concede the election.

For now, though, euphoria about a possible return to normal is the dominant force across markets, particularly as it layers on top of the tremendous aid the Federal Reserve has already put in place for the economy.

“Keep in mind that when you remove the virus from the equation, we are set up tremendously well for growth given the unprecedented easy money policies of the Fed,” said Chris Larkin, managing director of trading and investing product at E-Trade Financial.

Pfizer jumped 11.9% as its announcement indicates the company and its German partner, BioNTech, are on track to file an emergency use application for their COVID-19 vaccine with U.S. regulators later this month.

Some investors weren’t able to participate immediately, though. Customers were complaining about problems across several brokerages in the morning. By midday Monday, Charles Schwab said it had resolved some technical issues.

In markets around the world, stocks strengthened amid expectations that a Biden-led White House could tamp down rising trade tensions that had built under Trump’s administration.

Stock markets across Europe jumped more than 4%. In Asia, many markets rose more than 1%.