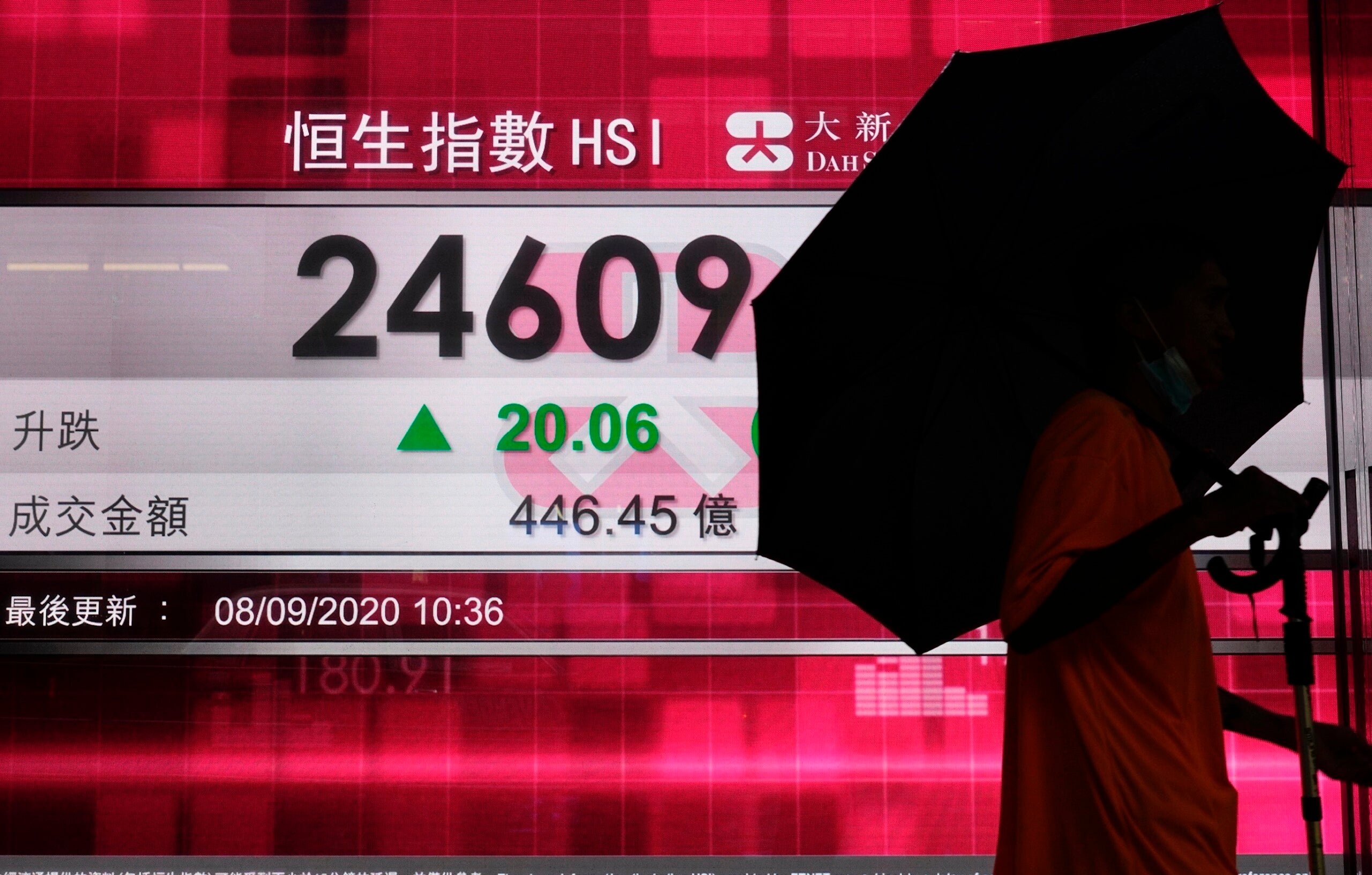 NEW YORK (AP) — Big tech stocks are continuing their Icarus-like flight path, and more sharp declines for them are dragging Wall Street toward a third straight loss on Tuesday.

The S&P 500 was down 2.1% in midday trading, after dropping as much as 2.5% shortly after the U.S. market opened. Big names that were the main reasons for Wall Street’s rocket ride back to record heights were among the heaviest weights. Apple sank 4%, Microsoft pulled 3.7% lower and tech stocks across the index were down 2.9%.

Tech stocks had been the darlings of Wall Street, even through the pandemic, on expectations that they can continue to deliver strong profit growth almost regardless of the economy and global health. Tech stocks in the S&P 500 are still up 25% for 2020 so far, and Amazon has rocketed nearly 73%, even when unemployment remains high and much of the economy is limping ahead.

Analysts say a flurry of activity for stock options of Big Tech companies goosed the gains even further recently. With certain kinds of options, investors can make huge profits on a stock, without having to pay for its full share price, as long as the stock’s price keeps rising. If enough of these kinds of stock options are getting sold, it can create a buying frenzy for the stock that accelerates the gains even more.

But all that activity can unwind quickly and send prices tumbling if momentum turns, which is what happened last week. Apple stock dropped 3.1% for just its second weekly loss in the last 14 weeks.

Critics have long been saying that the stock market — and big technology stocks in particular — had grown too expensive after prices leapfrogged so much, so quickly.

The trigger for last week’s turnaround may have been expectations that longer-term interest rates will rise, according to strategists at Morgan Stanley. Low rates often act like steroids for stocks, encouraging investors to pay higher prices for stocks relative to corporate profits, which can benefit high-growth stocks in particular.

Tesla has been one of the brightest examples of Big Tech’s furious movements, and it surged 74.1% in August alone. It slumped 15.1% Tuesday amid disappointment that it won’t be joining the S&P 500 anytime soon.

The company behind the S&P 500 announced on Friday the inclusion of several companies in the benchmark index, including Etsy. Some investors thought Tesla would be among them, which can create huge bouts of buying as index funds automatically fold the stock into their portfolios. Teradyne and Catalent will also join the S&P 500 on Sept. 21.

Tuesday was the first day of trading for Wall Street after Monday’s closure for Labor Day.

Beyond the tech stock slump, other worries are also hanging over the stock market, which had been setting record highs just last week.

Pessimism is rising that Democrats and Republicans in Washington will be able to find a deal to send more aid to unemployed workers and an economy still struggling amid the pandemic. Investors have been largely assuming that a deal would eventually pass, but recent talks between government leaders have yielded no progress.

Riki Ogawa at the Asia & Oceania Treasury Department at Mizuho Bank in Singapore warned that plenty of other uncertainties remained, such as President Donald Trump’s comments about “decoupling” the U.S. economy from China, as the presidential campaign heats up.

The relationship between the world’s two largest economies has been on edge for years, and all the uncertainty threatens to exacerbate the global economy’s already shaky standing.

“We appear to be short on clarity,” said Ogawa.

But the losses were widespread across the market, with 86% of stocks in the S&P 500 lower.

Among the few gainers was General Motors. It rose 9.6% after it said it’s taking an ownership stake in electric-vehicle company Nikola. GM will also engineer and build Nikola’s Badger hydrogen fuel cell and electric pickup truck as part of the partnership.

Nikola surged 36.8%, on track for its best day since it doubled on June 8.