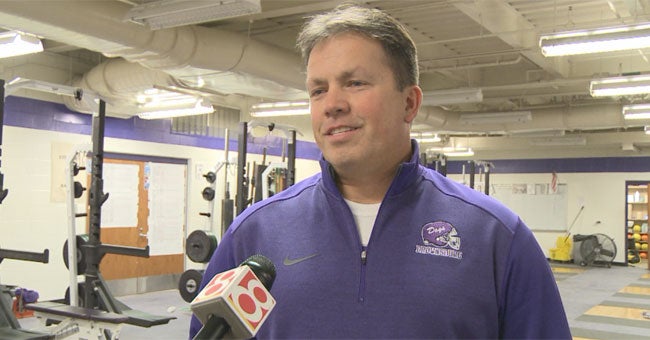 BROWNSBURG, Ind. (WISH) – This will be a special weekend for one local high school football coach.

He’s a fan of the Indianapolis Colts. But, one of the coach’s former star players is now a starter with the New England Patriots.

This goes back a few years for the coach and for fans in Brownsburg, back to the time when Brett Comer had Chris Jones on his team.

Now, Jones is number 94 with the Patriots.

Coach Comer and two assistant coaches will be at the game. They didn’t want to miss a chance to see Jones in such an important game.

“It’s surreal to watch because that’s just the rarity of a player achieving and being able to play and compete at that level. It just doesn’t happen, said Comer. “I’m very proud and happy that it’s happened to a kid that played for us, here.”

Coach Comer has some memorabilia from Jones, and it’s not something he’d display under normal circumstances. The coach is a Colts fan. But he figures he can’t lose this weekend.

Coach Comer says with that combination he knows it’ll be an exciting game.