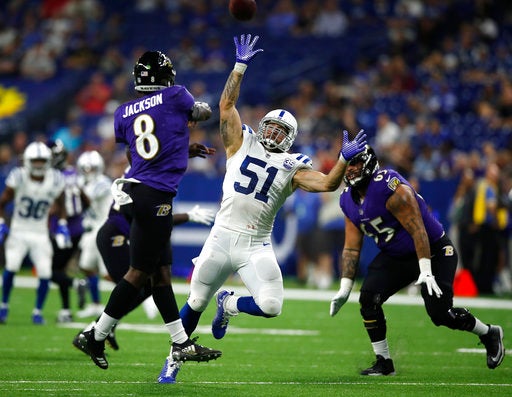 INDIANAPOLIS (AP) — The Indianapolis Colts have cut defensive end John Simon and center Deyshawn Bond to trim the roster to the 53-player limit.

Simon was ninth on the team in tackles last season with 42 as a linebacker but moved to defensive end as the Colts switched from a 3-4 front to the more traditional 4-3. Bond made the team last season as an undrafted rookie and started the first four games before sustaining a season-ending torn quad.

Indy released safety T.J. Green as expected, too. He was a second-round draft pick in 2015 and the Colts now have only eight players left from the 38 players selected from 2012-16.