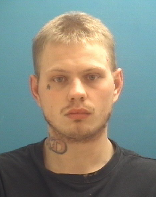 COLUMBUS, Ind. (WISH) – A Columbus man was arrested after a false report of an active shooter at a gas station, and for physically assaulting a police officer.

According to a release, Columbus police officers were sent to a gas station in the 1600 block of Central Avenue in Columbus, after reports of an active shooter with multiple people shot. When officers arrived they said they didn’t see anything.

When officers entered the store, they saw 26-year-old Joshua Stam holding a phone. When officers approached him and asked about the active shooter, police said Stam took his hands from his coat pockets and a large knife fell out of his pocket and onto the ground.

He faces the following preliminary charges: