Concerning variant is about to become dominant in US, experts say 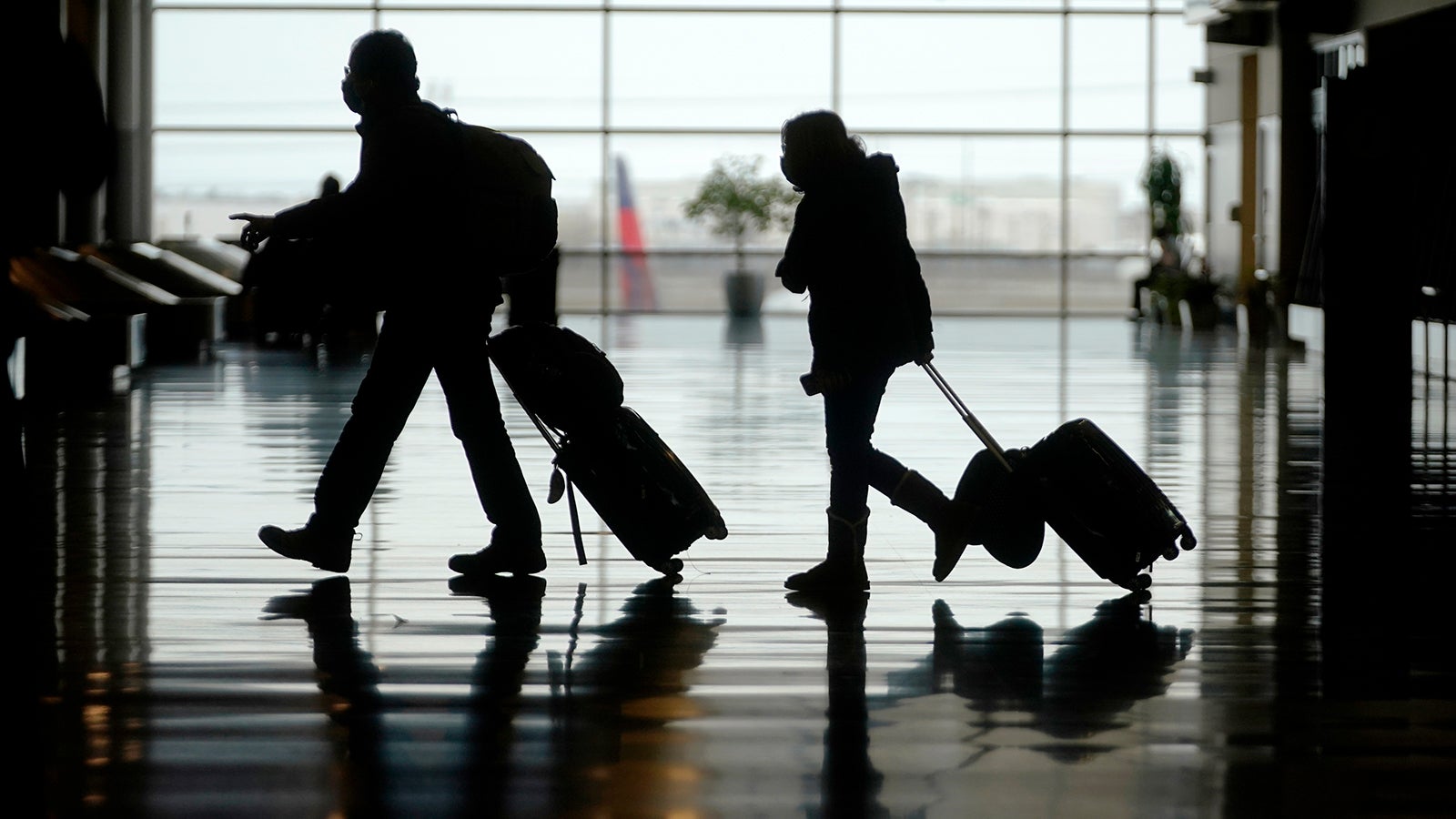 (CNN) — Experts are worried some Americans are letting up too early — at a critical time when looming dangers are threatening to wipe out the progress the U.S. has made in its battle against COVID-19.

At least a dozen state leaders have eased COVID-19 restrictions this month, often citing improving COVID-19 trends and growing vaccination numbers. At the same time, air travel is hitting pandemic-era records and the first spring break crowds have begun descending on Florida and other sunny regions while cases of a dangerous variant are on the rise.

The Transportation Security Administration said it screened more than 1.2 million people at airports across the United States on Monday — bringing the total number of U.S. air travelers since Thursday to about 6.4 million. That’s the highest number of any five-day period of the pandemic.

In Florida, spring breakers have begun packing shores with some Miami Beach officials reporting swelling crowds and precautions going out the window.

It’s a combination of all those factors, officials fear, that could lay the groundwork for another spike.

“We have seen footage of people enjoying spring break festivities, maskless,” Centers for Disease Control and Prevention Director Dr. Rochelle Walensky said Monday. “This is all in the context of still 50,000 cases per day.”

So is another surge inevitable?

“We could go in either direction,” emergency physician Dr. Leana Wen told CNN on Monday. “What happens now is really up to us and whether we keep up masking and avoiding indoor gatherings as we should be until the point that we’re vaccinated.”

A dangerous variant will be dominant soon

Experts have said safety measures will be crucial because multiple variants of the virus are circulating — including the highly contagious B.1.1.7 variant that was first identified in the UK.

B.1.1.7 is projected to become the dominant variant in the United States by the end of this month or early April, Walensky said Monday. Because it is highly contagious, it could cause a surge in cases, and vaccination levels are not high enough to stop such a spike, experts have said.

“The way the variants spread is by letting our guard down,” Dr. Richard Besser, the former acting CDC director, told CNN on Monday. “By not wearing masks, by not social distancing. If we can hang in there for a few more months, there will be enough vaccine for every adult in America to be vaccinated.”

“Then we can truly let go of some of the restrictions that are in place. But if we do this too quickly, we could see an increase in cases, we could see a backslide that is occurring in many European countries and that does not have to be the outcome here in America,” he added.

Research published last week suggested that the variant was associated with an estimated 64% higher risk of dying from COVID-19.

Researchers have said current vaccines generally offer good protection against the B.1.1.7 variant.

The first children have been vaccinated in Moderna’s Phase 2/3 COVID-19 vaccine trial for ages 6 months to 11 years, the company said Tuesday.

The clinical trial, called the KidCOVE study, will enroll approximately 6,750 children of those ages in the United States and Canada.

The trial is broken into two parts. In part one, different dosages of the vaccine are being tested on children ages 6 months to 1 year, and ages 2 to 11.

Those findings will determine which dose will be used in the second part, when the trial will also include children who are given a saline placebo, which does nothing. The children will be followed for 12 months after their second injection.

Moderna is doing the tests to see if the vaccine protects children from getting sick if they come into contact with coronavirus, according to the clinical trial’s patient information website.

Moderna also has been running a separate Phase 2/3 trial — for adolescents ages 12 to 17.

Moderna’s vaccine is currently authorized only for people ages 18 and up. So far, the youngest age OK’d for any of the three COVID-19 inoculations authorized in the United States is 16, for the Pfizer vaccine.

Pfizer has been running a trial of its vaccine for ages 12 to 15.

Johnson & Johnson has announced plans to study its vaccine in children ages 12 to 17, and its CEO has said he thinks the company could have a vaccine approved for ages below 18 by September.

It is difficult to estimate when a COVID-19 vaccine for children — if studies find they’re safe and effective — could be authorized for them, Dr. Paul Offit, director of the Vaccine Education Center at Children’s Hospital of Philadelphia, told CNN on Tuesday.

“(But) if I had to make a rough guess, I would think it would be possible that we would have enough vaccines, enough data, for children down to 12 years of age by the summer, and then for much younger children, by later in the year. But we’ll see,” Offit, a member of the U.S. Food and Drug Administration’s Vaccines and Related Biological Products Advisory Committee, said.

Experts have said about 70% to 85% of people must achieve immunity — either by surviving COVID-19 or receiving a vaccine — for the population to reach herd immunity. That’s the point at which enough people are protected against a disease that it cannot spread through the population.

Children will need to be part of that, Offit said.

“I think if we’re going to get to 80% population immunity, some level of children are going to need to be vaccinated,” he said.

Among those 16 and older, vaccinations are ramping up and experts are hopeful Americans will be able to see a semblance of normality by the summertime.

Data updated by the CDC on Monday shows the country hit a seven-day average of about 2.4 million COVID-19 vaccine doses administered per day, a new record.

That comes as more states are expanding their eligibility requirements for vaccinations.

Ohio will open vaccine eligibility to anyone over 40 on Friday, and anyone over 16 on March 29, Gov. Mike DeWine said Tuesday.

Mississippi began opening appointments to all residents who are 16 and older on Tuesday. Alaska did this last week, and Connecticut’s governor has said he tentatively plans to have his state to do the same by April 5.

“We’re on a glide slope to being able to get our lives back to normal, and that’s what we want more than anything,” Justice said.

So far, more than 71.2 million Americans have received at least one dose of a COVID-19 vaccine, according to CDC data. More than 39 million have been fully vaccinated — roughly 11.8% of the U.S. population.