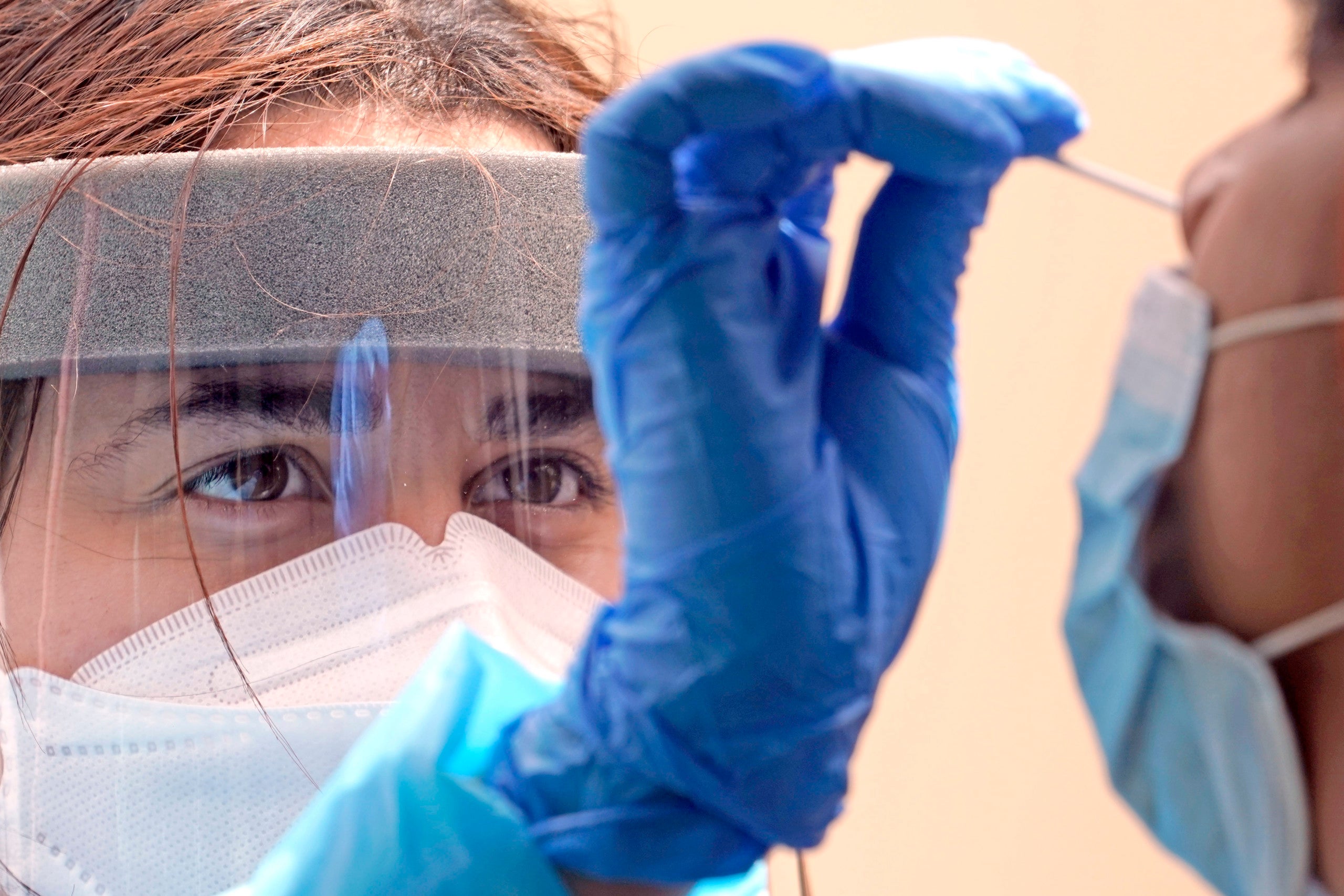 NEW DELHI (AP) — Governments are stepping up testing and reimposing restrictions as newly confirmed coronavirus infections surge in many countries. India reported 20,000 on Monday, while the caseload in the U.S. is growing by about 40,000 a day.

The United States on Monday reported 38,800 newly confirmed infections, with the total surpassing 2.5 million, or about a quarter of the more than 10 million cases worldwide, according to a tally by Johns Hopkins University.

Experts say the actual numbers, both in the U.S. and globally, are probably far higher, in part because of testing limitations and the large number of people without symptoms.

Beaches are closing and beer is going untapped as Florida, Texas and other states backpedal on their reopenings, ordering mandatory wearing of masks in public and closing down restaurants and bars.

India’s 20,000 new infections were another record. Several Indian states reimposed partial or full lockdowns after the total number of cases jumped by nearly 100,000 in one week to about 548,000.

In China, nearly 8.3 million out of about 21 million have undergone testing in recent weeks in Beijing after an outbreak centered on a wholesale market. The country reported just 12 new cases Monday, including seven in Beijing.

South Korean authorities reported 47 new cases as they struggled to curb outbreaks that have spread from Seoul to other regions.

Widespread testing and contact tracing helped South Korea contain its initial outbreak in which it was finding hundreds of new cases a day in late February and early March. Most of those cases were in the area surrounding the city of Daegu, where many were linked to a single church with thousands of members.

Tracing recent transmissions in the Seoul metropolitan area, home to about about half of the country’s 51 million people, has proved to be more difficult.

South Korean officials have said they are preparing to impose stronger social-distancing measures — including banning gatherings of more than 10 people, shutting schools, halting professional sports and restricting nonessential businesses — if the daily increase in infections doubles more than twice in a week.

Health authorities are using what they describe as the world’s first saliva test for the coronavirus in Australia’s second-largest city, Melbourne, in the state of Victoria, where the disease is spreading at an alarming rate.

Victorian Health Minister Jenny Mikakos said Monday that 75 people had tested positive in the state in the latest 24 hours, bringing the total to about 2,100.

Brett Sutton, Victoria’s chief health officer, said the outbreak could surge out of control as restrictions ease elsewhere in Australia.

“I think we’re right at the edge in terms of being able to manage it,” Sutton said.

In the Philippines, a Southeast Asian coronavirus hot spot with more than 35,000 confirmed infections, local officials were under fire for allowing a street parade and dance during a weekend religious festival to honor St. John the Baptist despite prohibitions against public gatherings.

Performers in native wear and face masks danced during the night procession, which drew a large crowd in Basak village on Cebu. Restrictions have been eased in many places to help salvage the ailing Philippine economy, but Cebu resumed a strict lockdown this month after new cases spiked.

The European Union is preparing a list of 15 countries whose citizens will be allowed to visit the bloc beginning Wednesday, Spain’s foreign minister, Arancha Gonzalez Laya, told the Cadena SER radio network. Because of the resurgence in the U.S., America may not be on that list.

“This is not an exercise to be nice or unfriendly to other countries. This is an exercise of self-responsibility,” she said.

Travelers at Frankfurt airport, Germany’s biggest, will be able to get an on-site coronavirus test before jetting off. The walk-in testing center opened Monday.